A tiny Android smartphone designed to be a "companion phone" to a full-sized device has been launched in the United States - using the brand name Palm. 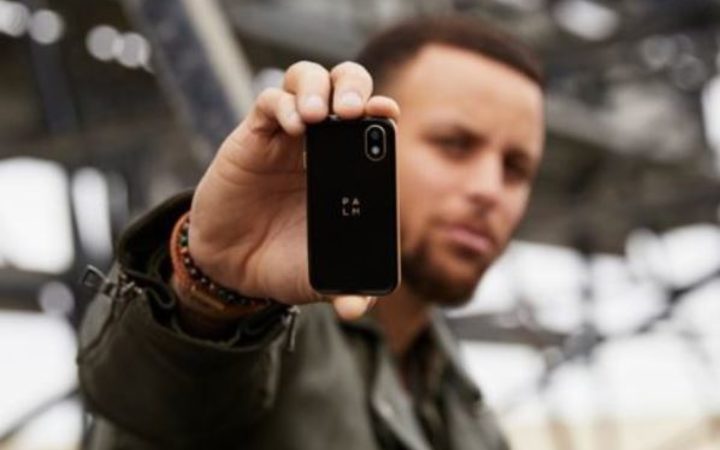 US basketball player Stephen Curry is one of the ambassadors for the new Palm phone. Photo: Palm

The handset is the size of a credit card and has two cameras but no headphone jack or wireless charging.

It aims to help people take a break from their main phone, the firm said, despite being a fully functioning smartphone in its own right.

The diminutive phone has been greeted with bemusement by tech commentators and on social media.

The device will cost $US 349 and will be available in the US from November.

It is described in its marketing material as "a fully connected product that is in sync with your existing smartphone, so all of your connectivity can go where your smartphone can't".

It has the support of US basketball player Stephen (Steph) Curry who tweeted that he was "hyped to bring Palm back".

Analyst Ben Wood from CCS Insight said it was "certainly an ambitious move" by the San Francisco start-up, which licensed the Palm brand from owner HTC.

"Small, so-called companion phones have been tried in the past and have not really captured consumers' imagination," he told the BBC.

He said that it differed from other "second" phones because it was not reliant on Bluetooth to connect it to the parent device.

Mr Wood added that he didn't think nostalgia for the 1990s Palm brand would be enough to drive sales.

"The Palm brand is perfectly suited to a product that fits in the palm of your hand," he said.

"Beyond that, I doubt there is much brand equity left in Palm other than for uber-geeks."

Dieter Bohn, writing for website The Verge, described the Palm as "a weird little thing".