Dozens of South Taranaki pensioners ditched the slippers and bingo in favour of laser strike weapons and virtual reality goggles at an Ageing Disgracefully event in Normanby yesterday. 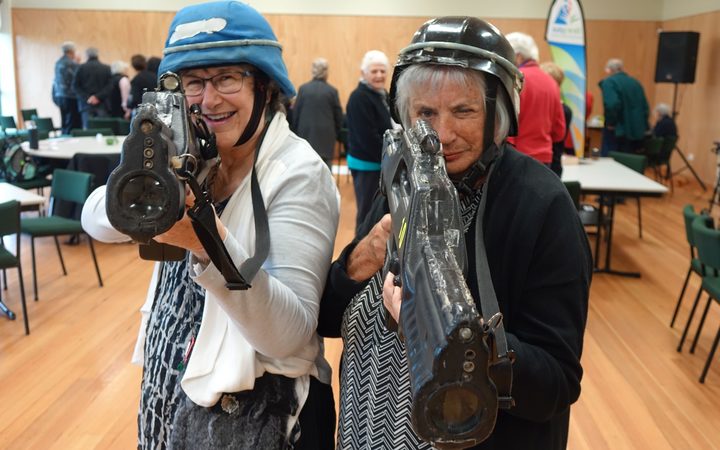 Run to coincide with the International Day of the Older Person, about 50 people took part in activities - ranging from robotics to hydroponics - designed to get them trying new things.

It is predicted New Zealand will have 1.2 million pensioners by 2038 and just 10 years later they will outnumber children for the first time in the country's history.

Across the world the number of senior citizens is expected to more than double to over two billion by 2050.

Ageing Disgracefully organiser Ella Borrows said in light of those statistics it was important that older people stayed active and engaged with technology.

"Kids pick up a cellphone when they're young and it's instant for them and it's instinctive and yet for us we've still got to understand it so I think it is really important to come to an event like this where you can try it, have a go and see what it feels like and feel a little more confident among a group of people who are all at the same stage."

Ms Borrows, who is a community development officer at the South Taranaki District Council, said many pensioners were not ready for the rocking chair just yet.

"I think a lot of us are actually not ready to be sedate and old and we're all looking forward to trying new things and feeling young at heart." 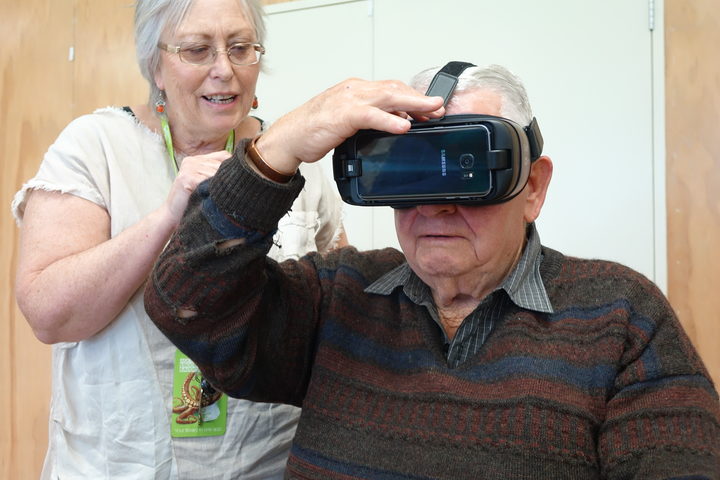 Kevin Stevens was about to give set of virtual reality goggles a go.

The 75-year-old wasn't sure what to expect.

"I wouldn't have a bloody clue. I was just walking past and a fella grabbed me."

The Hawera local wasn't disappointed with his experience on a virtual rollercoaster.

"Rocks falling down on you and going right up to the sky and down again. Your guts were in your mouth or darn near. It was just unreal."

Mr Stevens, who had never ridden a rollercoaster in real life, reckoned he could now tick that off the bucket list.

"I was going through this beautiful place, on the water. Oh it was just beautiful, wonderful. I don't know where I was but I thought I was in heaven."

Ms Tutauha was sold on virtual reality after the experience. 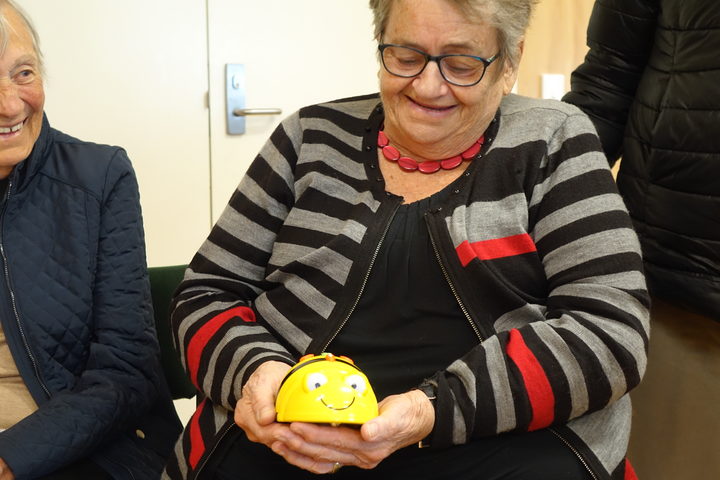 Nancy McKay from the Trinity Resthome in Hawera tried her hand at programming bee-bots.

"We were just computing them in and then seeing what path they take so it's quite fun.

"I tapped in left, right, backwards, forwards things like that, but it keeps banging into someone and then it stops."

The 76-year-old reckoned the Ageing Disgracefully event was a great concept.

"Oh it's lovely I'm planning on visiting everything. I might even get on a bike."

"Well, it is and it keeps your fingers going and that and we're coming into the robotic age so yeah it's interesting." 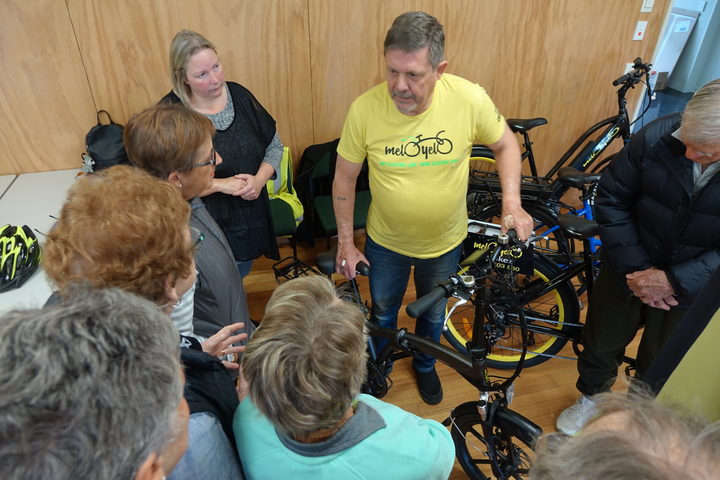 Meanwhile, Joy West and Bernice Mitchell, mere pups at 68 and 63 respectively, were running amok with the laser strike gear.

Ms West explained they were basically at war.

"You put all this gear on, look through here and then you shoot her and when she gets the old lights going around the top of her helmet then you've shot her. She's gone, she's outta here."

"Be disgraceful why not? It's been great fun, especially when you're not actually hurting people."

She reckoned it was important that older people tried new things.

"It sure is. It makes you laugh and laughing is good for you."