Anaylsis - Imagine returning home to Australia or New Zealand after a long-haul flight, exhausted and red-eyed. You've just reclaimed your baggage after getting through immigration when you're stopped by a customs officer who demands you hand over your smartphone and the password. Do you know your rights? 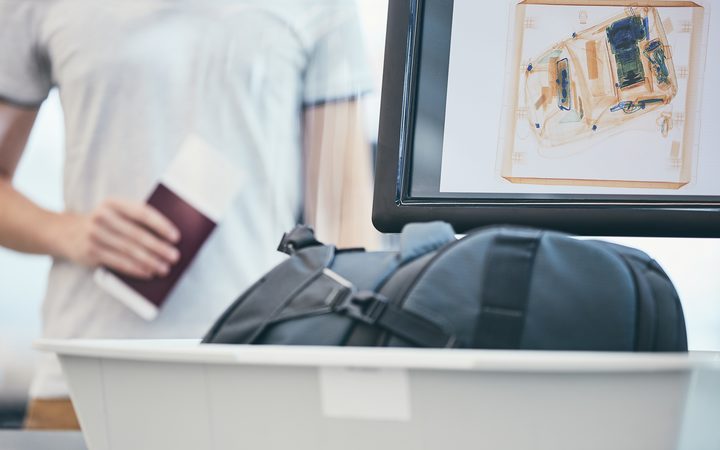 New Zealand customs officers are legally allowed to search the contents of your smartphone, tablet or laptop. Photo: 123rf

Both Australian and New Zealand customs officers are legally allowed to search not only your personal baggage, but also the contents of your smartphone, tablet or laptop. It doesn't matter whether you are a citizen or visitor, or whether you're crossing a border by air, land or sea.

New laws that came into effect in New Zealand on 1 October give border agents:

Those who don't comply could face prosecution and $5000 in fines. Border agents have similar powers in Australia and elsewhere. In Canada, for example, hindering or obstructing a border guard could cost you up to $C50,000 ($NZ59,789) or five years in prison.

Australia and New Zealand don't currently publish data on these kinds of searches, but there is a growing trend of device search and seizure at US borders.

There was a more than fivefold increase in the number of electronic device inspections between 2015 and 2016 - bringing the total number to 23,000 per year. In the first six months of 2017, the number of searches was already almost 15,000.

In some of these instances, people have been threatened with arrest if they didn't hand over passwords. Others have been charged. In cases where they did comply, people have lost sight of their device for a short period, or devices were confiscated and returned days or weeks later.

On top of device searches, there is also canvassing of social media accounts. In 2016, the United States introduced an additional question on online visa application forms, asking people to divulge social media usernames. As this form is usually filled out after the flights have been booked, travellers might feel they have no choice but to part with this information rather than risk being denied a visa, despite the question being optional.

There is little oversight

Border agents may have a legitimate reason to search an incoming passenger - for instance, if a passenger is suspected of carrying illicit goods, banned items, or agricultural products from abroad.

But searching a smartphone is different from searching luggage. Our smartphones carry our innermost thoughts, intimate pictures, sensitive workplace documents, and private messages.

The practice of searching electronic devices at borders could be compared to police having the right to intercept private communications. But in such cases in Australia, police require a warrant to conduct the intercept. That means there is oversight, and a mechanism in place to guard against abuse. And the suspected crime must be proportionate to the action taken by law enforcement.

What to do if it happens to you

If you're stopped at a border and asked to hand over your devices and passwords, make sure you have educated yourself in advance about your rights in the country you're entering.

Find out whether what you are being asked is optional or not. Just because someone in a uniform asks you to do something, it does not necessarily mean you have to comply. If you're not sure about your rights, ask to speak to a lawyer and don't say anything that might incriminate you. Keep your cool and don't argue with the customs officer.

You should also be smart about how you manage your data generally. You may wish to switch on two-factor authentication, which requires a password on top of your passcode. And store sensitive information in the cloud on a secure European server while you are travelling, accessing it only on a needs basis.

Data protection is taken more seriously in the European Union as a result of the recently enacted General Data Protection Regulation.

Microsoft, Apple and Google all indicate that handing over a password to one of their apps or devices is in breach of their services agreement, privacy management, and safety practices. That doesn't mean it's wise to refuse to comply with border force officials, but it does raise questions about the position governments are putting travellers in when they ask for this kind of information.

This article originally appeared on The Conversation.

*Katina Michael is a professor in the School for the Future of Innovation in Society and School of Computing, Informatics and Decision Systems Engineering at Arizona State University.