Pop star Taylor Swift's decision to wade into electoral politics for the first time has driven a spike in online voter registration, particularly among young people, according to the website Vote.org. 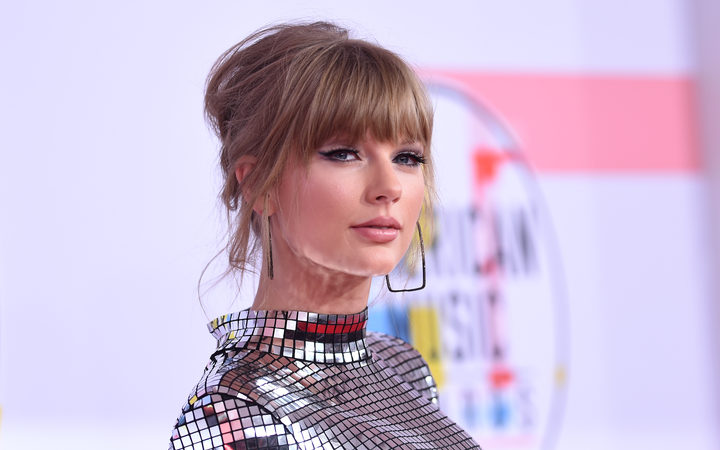 Taylor Swift has made her position clear on the elections being held in her home state of Tennessee. Photo: AFP

Swift, who has largely eschewed politics even as she has become one of pop music's global superstars, told her followers she could not support Republican Marsha Blackburn due to the congresswoman's record on women's issues and gay rights.

I’m writing this post about the upcoming midterm elections on November 6th, in which I’ll be voting in the state of Tennessee. In the past I’ve been reluctant to publicly voice my political opinions, but due to several events in my life and in the world in the past two years, I feel very differently about that now. I always have and always will cast my vote based on which candidate will protect and fight for the human rights I believe we all deserve in this country. I believe in the fight for LGBTQ rights, and that any form of discrimination based on sexual orientation or gender is WRONG. I believe that the systemic racism we still see in this country towards people of color is terrifying, sickening and prevalent. I cannot vote for someone who will not be willing to fight for dignity for ALL Americans, no matter their skin color, gender or who they love. Running for Senate in the state of Tennessee is a woman named Marsha Blackburn. As much as I have in the past and would like to continue voting for women in office, I cannot support Marsha Blackburn. Her voting record in Congress appalls and terrifies me. She voted against equal pay for women. She voted against the Reauthorization of the Violence Against Women Act, which attempts to protect women from domestic violence, stalking, and date rape. She believes businesses have a right to refuse service to gay couples. She also believes they should not have the right to marry. These are not MY Tennessee values. I will be voting for Phil Bredesen for Senate and Jim Cooper for House of Representatives. Please, please educate yourself on the candidates running in your state and vote based on who most closely represents your values. For a lot of us, we may never find a candidate or party with whom we agree 100% on every issue, but we have to vote anyway. So many intelligent, thoughtful, self-possessed people have turned 18 in the past two years and now have the right and privilege to make their vote count. But first you need to register, which is quick and easy to do. October 9th is the LAST DAY to register to vote in the state of TN. Go to vote.org and you can find all the info. Happy Voting!

Politics can be dicey for artists such as Swift with roots - and fans - in country music, the dominant genre of red state America.

In the post she also endorsed two Democratic candidates in her home state of Tennessee and urged people to register.

By comparison, the site recorded 57,000 new registrations in all of August and 190,000 last month. More than 60 percent of the registrations since the post were among voters between 18 and 29 years old, an increase the site said was likely prompted by Swift's post.

"This is a pretty incredible, off-the-charts event," said Raven Brooks, the chief operating officer for Vote.org.

Vote.org acknowledged it was not possible to measure the direct impact of Swift's move, but Mr Brooks noted the surge in young voters was in line with Swift's youthful fan base.

Swift's enormous reach - she has 112 million Instagram followers and 84 million Twitter followers - underscores the way celebrities can leverage their online presence by sending messages instantaneously to millions of fans.

Grammy winner Rihanna in an Instagram post today also urged fans to register to vote - the last day in 14 states for citizens to register.

It was not the first time Rihanna has waded into US politics, although the singer is from Barbados and ineligible to vote because she is not an American citizen.

Polls show the US Senate contest between Democrat Phil Bredesen and Mrs Blackburn, a staunch supporter of President Donald Trump, virtually tied in a state Trump won by 16 points in 2016.

Many celebrities identify as liberals, and Democrat Hillary Clinton enjoyed broad support from actors, musicians and other popular figures in 2016.

The most notable celebrity to support Mr Trump may be the rapper Kanye West, who is set to have lunch with the president at the White House.

West and Swift engaged in a years-long feud after West interrupted Swift's acceptance speech at the 2009 MTV Video Music Awards.