The New Zealand Defence Force has evacuated 120 survivors from earthquake-ravaged Palu in Indonesia. 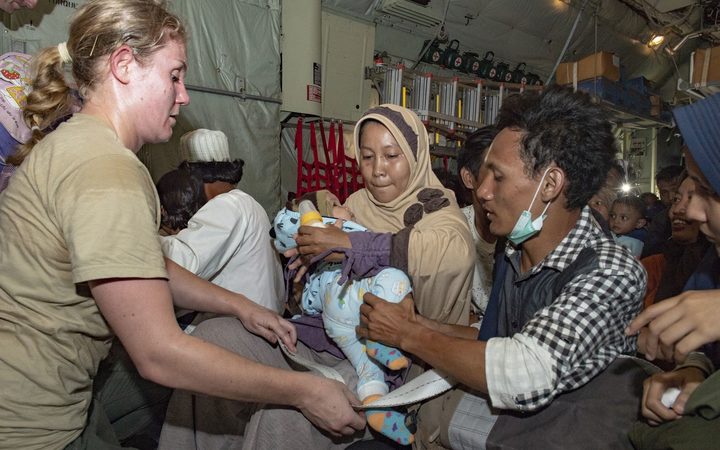 CPL Toni Thompson loads families as they board a NZ Defence Force Hercules in Palu. The evacuees were taken to Balikpapan airport. Photo: NZDF

More than 1570 people have been confirmed dead after a magnitude 7.5 earthquake struck near Central Sulawesi last week, setting off a destructive tsunami that hit the coastal city of Palu.

An Air Force C-130 Hercules carried about 120 survivors 380 kilometres west, across the Makassar Strait, to the port city of Balikpapan, after dropping off 10.6 tonnes of aid to the city of Palu yesterday.

Flight Lieutenant Dave Natapu said the destruction at Palu was worse than he expected.

"The area has pretty much been flattened, a lot of the houses have been knocked over, the runway's really damaged, the air traffic control tower was kind of toppled over, so yeah it was significantly worse than I thought it was going to be when we headed in there."

He said the survivors, many of whom had slept outdoors for days, queued to get into the Hercules aircraft.

"There was a palpable sense of relief from the evacuees when they got into our Herc," he said.

"Once we got everyone on board, you know these guys have lost a lot, they've lost houses and lost family members, so to see them smile and give a thumbs up as we took off was a really proud moment for the guys.

"They erupted in cheers and gave a thumbs-up sign before we took off."

The Hercules was one of the first foreign aircraft to deliver aid to Palu.

A crew of 14 Defence Force personnel will continue to transport aid to and evacuate people from Palu. 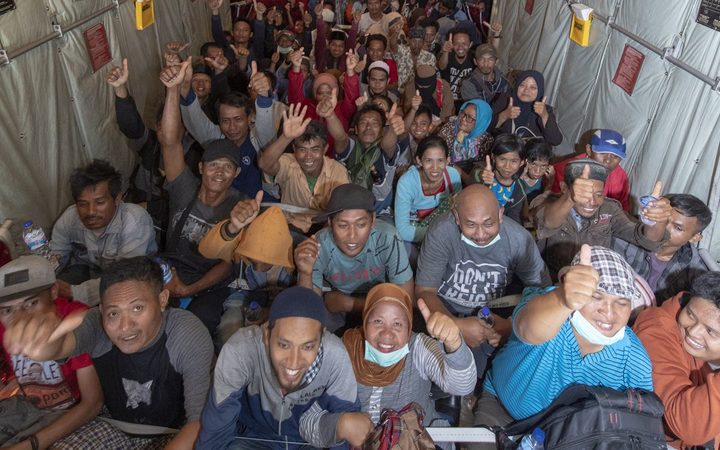 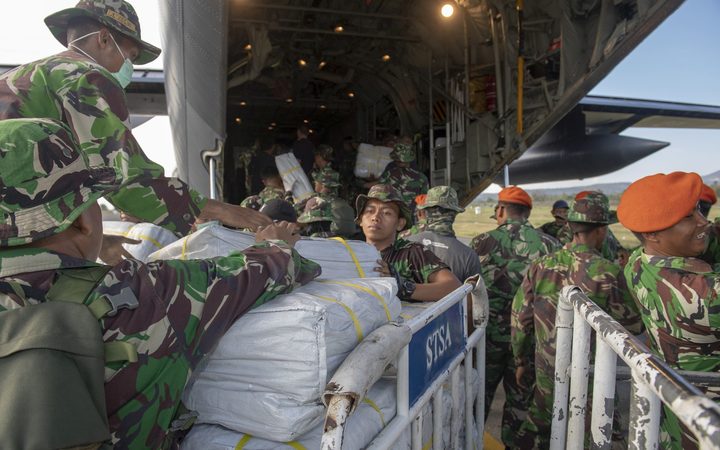 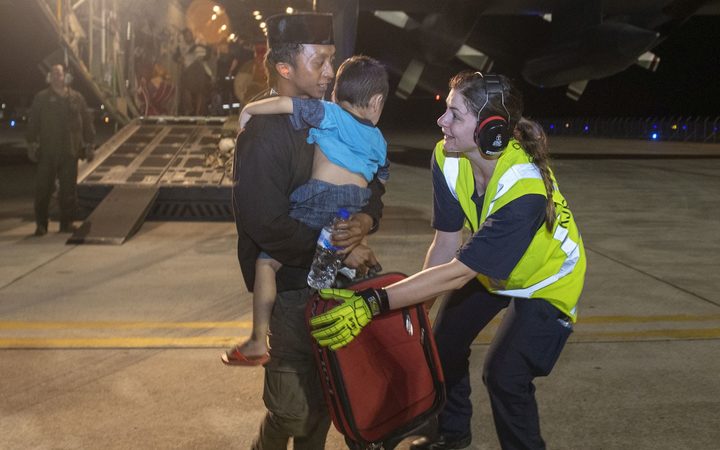 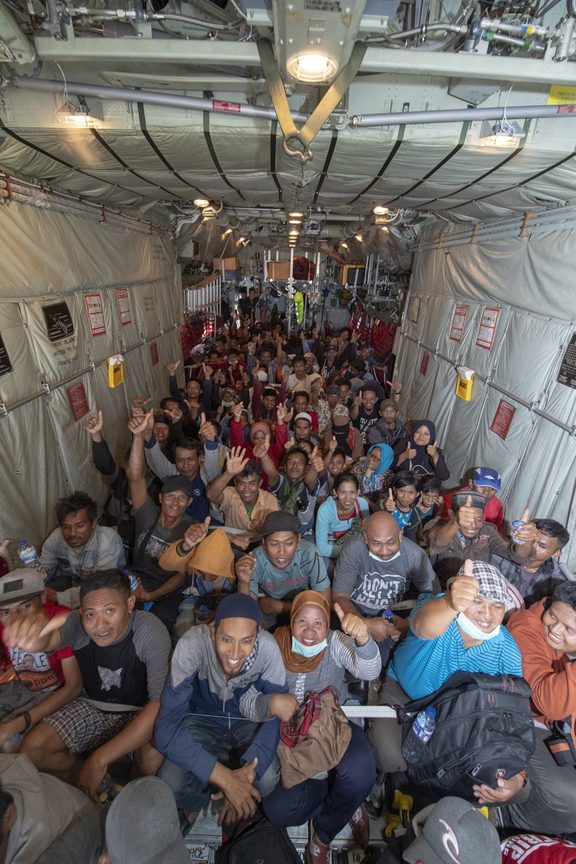