Two tiger sharks have been shot and killed after being caught in drum lines in the Whitsunday Islands, Australia, where two tourists nearly bled to death after being mauled within 24 hours of each other.

A spokesman from Queensland Fisheries confirmed one shark was 3.3 metres and the other was 2 metres long.

Jeff Krause, manager of the shark control program for Fisheries Queensland, said it was not yet clear whether these were the sharks responsible for the attacks on 46-year-old Tasmanian woman Justine Barwick and 12-year-old Melbourne schoolgirl Hannah Papps

"They will also measure the jaws as well if that can be any assistance to identifying if this was the species involved in the two unfortunate incidents.

"When they get photographs of the bite marks and work out angles of teeth and puncture marks and try and line them up with a certain species of sharks.

"But that'll be up the experts to try and determine that."

"The Queensland Government believes that human life must come first, so I know people have different views on the shark control program but we've had two severe shark attacks within 24 hours of each other and we've got to try and make the waters in that area safer for people to swim in.

"We're only wanting to remove - not all sharks, it's not a cull - but we need to remove a few sharks out of that area.

"In terms of size…5.5 metre tiger sharks have been caught along the Queensland coast in the past."

Mr Krause urged the public to heed the warnings not to swim in the area.

"It's still quite obviously dangerous, especially catching these two large tiger sharks, it's not a good place to swim at the moment." 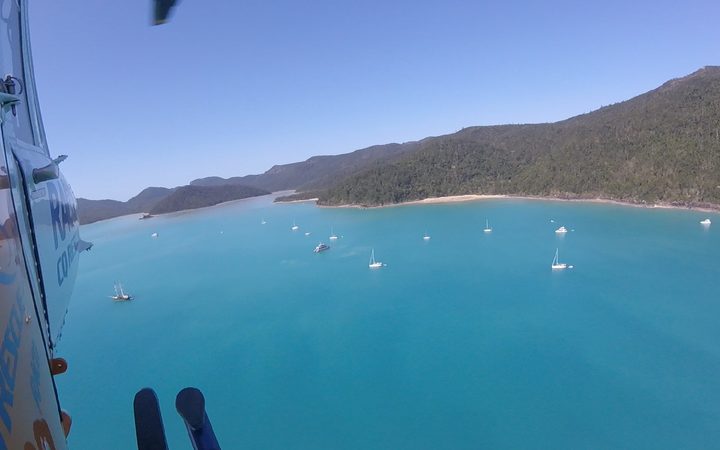 The fisheries crew at Cid Harbour are due to return to port on Monday morning, where they dock at Abell Point marina at Airlie Beach.

Authorities said the drum lines would remain in place for a week.

Hannah Papps remains in a critical but stable condition in the Queensland Children's Hospital in Brisbane.

Ms Barwick, an aged care worker, remains in the intensive care unit at the Royal Brisbane and Women's Hospital after undergoing 18 hours of reconstructive surgery on her injured right leg.

Quoting her husband Craig Barwick, the statement said: "It looks like they have done an amazing job, it looks like it has always been there."

The statement said the consultant plastic surgeon and ICU specialist over the next 24 hours, once they are satisfied that the surgery has been successful, would lift the level of Ms Barwick's sedation.

"The current prognosis is looking good with an estimated two to three weeks' recovery in Brisbane and then back to Tasmania for further rehabilitation," Mr Barwick said in the statement, adding that Ms Barwick had been opening her eyes and blinking in response to loved ones' voices.