A 12-year-old girl who was bitten on the leg by a shark at Cid Harbour in the Whitsundays has arrived at Mackay Base Hospital in a serious condition. 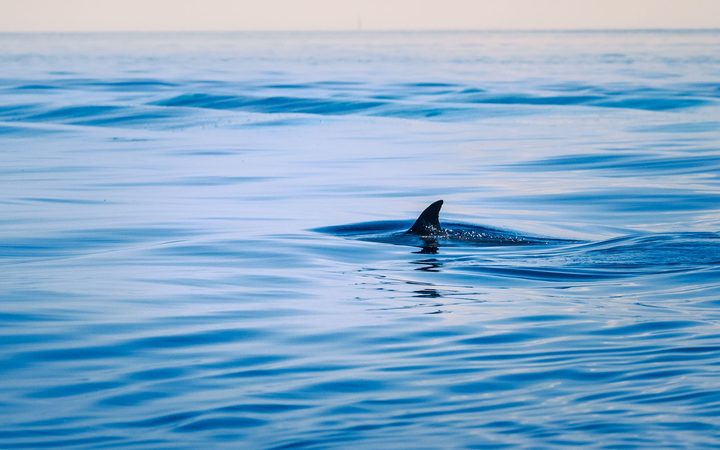 Fin of a dolphin in the high sea. outdoor shot Photo: 123RF

This is the second shark attack in the area in 24 hours.

Queensland Ambulance Service Rockhampton manager Mindy Thomas said they had sent a helicopter from Mackay and a paramedic from Hamilton Island.

"We [had] two paramedics and a doctor on scene," she said.

Fisheries Queensland will send a patrol boat to Cid Harbour this afternoon to warn people not to swim.

The Fisheries Department said it has approval by the Great Barrier Reef Marine Park Authority to put in shark control measures at the site, and will install a drum line at first light tomorrow.

On Wednesday, Tasmanian woman Justine Barwick was flown to Mackay Base Hospital after she was mauled on the leg by a shark.

Nearby holidaymakers who witnessed her being rescued said "there was blood everywhere".

Ms Barwick - who works for Family Based Care in north-west Burnie in northern Tasmania - was pulled out of the water and onto a nearby yacht, which happened to have a doctor on board.

She remains in a critical condition.