A man in his 20s has died after being injured in a suspected shark attack in the Massachusetts in the United States. 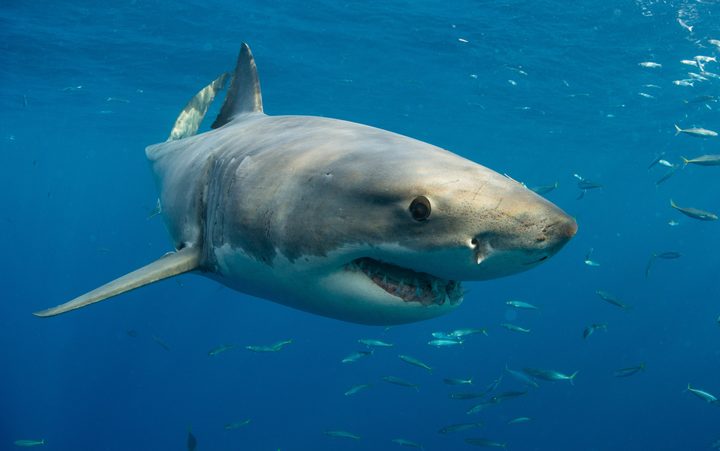 Sightings of great white sharks have soared this year in Cape Cod, where the suspected shark attack happened. Photo: AFP

The incident happened at Newcomb Hollow Beach around lunchtime on Saturday (US time).

The man was pulled from the water and given CPR, but later died in hospital from his injuries, police in the town of Wellfleet said.

The attack was thought to be the state's first fatal incident involving a shark since 1936.

The man was reportedly boogie-boarding at the time of the attack, AP news agency reported.

His name had not yet been released to the public but the man's family were said to have been informed.

Officials said the town's beaches will remain closed to swimmers for at least 24 hours.

A witness described the scene on the beach as a "nightmare", the Cape Cod Times newspaper reported.

"Just a giant eruption of water. 15ft wide. I saw a tail and a lot of thrashing," Joe Booth said.

"You could tell by the body language of the guys in the water something wasn't right."

In August another man, 61-year-old neurologist William Lyton, was attacked by a shark just six miles away from Saturday's incident.

He sustained severe injuries to his legs and is still recovering in hospital.