The Court of Appeal has ruled that shark cage diving is an offence under the Wildlife Act. 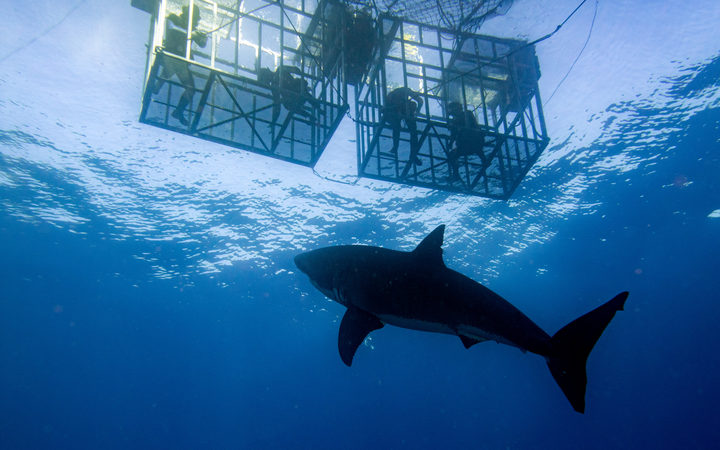 In 2013, an industry group of Paua divers, PauaMAC5, called for DOC to regulate shark diving in the northern Tītī Islands, located off the coast of Stewart Island.

PauaMAC5 said the companies were "pursuing" and "disturbing" the sharks, which posed a significant safety risk to nearby paua divers.

In 2014, the then-minister Nick Smith announced that any shark-diving operations would need a DOC permit.

PauaMAC5 supported the move, but stressed that any permit must be issued with the safety of other water users in mind.

DOC refused, arguing that public safety was outside its obligations under the Wildlife Act.

The act specifies DOC may from time to time authorise any person to "catch alive or kill for any purpose" any protected wildlife.

However in 2016, a high-court judge questioned whether DOC had the power to authorise permits under the Wildlife Act, because shark cage diving did not involve catching or killing sharks.

The Court of Appeal has now found that shark cage diving is an offence under the act, and that the the director-general of Conservation has no power to authorise the activity.

Helen Cave, owner of the Seaside Hotel on Stewart Island told Morning Report she was "really relieved" shark cage diving will be stopping.

"It's been quite a concern... I have children and grandchildren that play in the water on Stewart Island."

She said the sharks are now conditioned to the food and people and felt it might take a while for the sharks to go away.

"They've been trained - these sharks - and I'm hoping they might forget their training, but I suspect there's a bit of cunning there and a bit of residual habit," Ms Cave said.

"It's for the safety of everyone using the marine environment ... professional divers, recreational snorkeler... it's their safety we've been concerned about throughout this," he said.

He agreed with Ms Cave that the sharks behaviour has adapted and conditioned. He said sharks in the area are now following boats in the expectation of food which puts divers at risk.

"It's not a pleasant thought, trying to hop in the water when there's a great white running around."