Pāua divers are asking for human safety to be considered when it comes to shark cage diving. 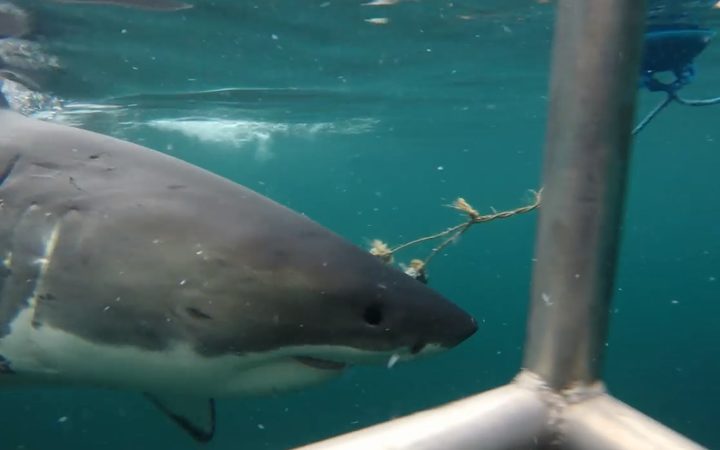 A long-running fight between them and the operators of one such attraction was the subject of a hearing in the Court of Appeal yesterday.

At the heart of it was the interpretation of the Wildlife Act.

In 2016 High Court judge Justice Karen Clark ruled the legislation did not give the Department of Conservation the power to regulate shark tank diving.

DOC had been issuing permits to two operators since 2014 under the act, in response to concerns bait was attracting great white sharks to hunt for food near pāua divers.

The lawyer for the pāua divers, Bruce Scott, told the court the Wildlife Act was about the interaction between humans and wildlife and so protected humans as well.

The Crown had accepted public safety was now permissible but not mandatory when issuing authorisations, which was a significant change of position.

"Yet, having approved that purpose ... human safety is not a consideration."

His clients wanted the cage diving to be further away, where there weren't pāua divers.

Mr Scott said Ms Clark had misinterpreted the Wildlife Act, in deciding the Department of Conservation did not have the authority to issue permits for shark-cage diving.

She interpreted it in a way that ignored words that had been added by the legislature, pursuing, disturbing, or molesting wildlife.

The result was anyone could interfere with protected species, as long as they weren't trying to hunt or kill them.

Lawyer for the Director-General of Conservation, Jeremy Prebble, said he agreed with Mr Scott's points - except for when it came to public safety.

The Crown accepted it was permissible to consider it while issuing permits, but not mandatory.

Mr Prebble said the purpose of the act was to protect and control wildlife, but was not about public safety, or managing the interactions of wild animals and humans.

"The act only manages human interaction to ensure protection and control of wildlife, not to ensure public safety objections or other human-centered objections are met."

The shark cage diving operators said they did not come under the act at all as they were not trying to hunt or kill the sharks.

Cages were lowered into water where sharks were already swimming, their lawyer Sue Grey said.

It was already dangerous to swim in shark infested waters, and an increase in great whites since cage diving starting in 2008 was a consequence of the protection of the sharks, Ms Grey said.

They did not chase sharks - and only used bait to attract the predators when they needed to, she said.

She said a code of conduct for shark cage divers had been created according to international best practice, and in consultation with DOC.

Since the High Court decision last year, the activity had not needed permits.