Heavy rain and strong winds are lashing the south coast of China as Typhoon Mangkhut closes in. 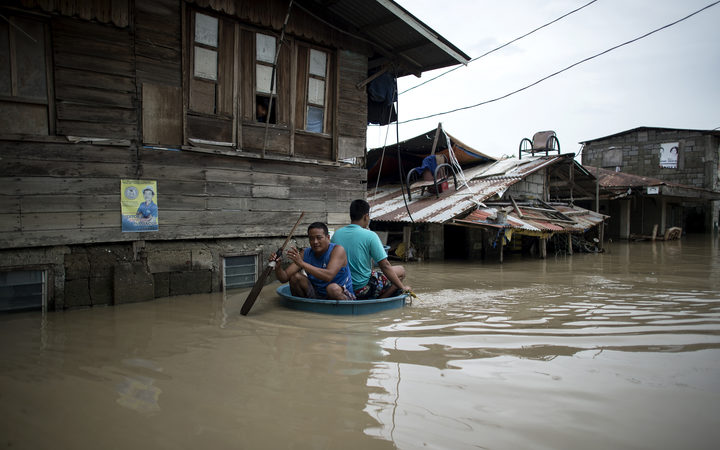 Men use a basin to cross a flooded street in the Philippines in the aftermath of Super Typhoon Mangkhut. Photo: AFP or licensors

Authorities in the heavily populated province of Guangdong have issued their highest warning level, a red alert.

More than 100 people were injured when the storm touched Hong Kong. Landslide warnings are in place.

At least 25 people have already died in the Philippines as a result of Typhoon Mangkhut, but the full impact on rural areas is not yet known.

Mangkhut lost power as it made landfall but it is considered the strongest storm of 2018.

Some apartment blocks had windows blown out.

Most shops and public services are shut, and more than 800 flights have been cancelled at Hong Kong International Airport - affecting more than 100,000 passengers.

Not everyone paid attention to the warnings, though. "I went running this morning. I love fresh air and there's no one on the streets, no cars. On normal days we can't see this," Hong Kong resident Hao Chen told the AFP news agency.

In neighbouring Macau, for the first time in its history the territory's famous casinos were ordered to close.

Thousands of people have been evacuated from Guangdong, where Mangkhut is due to strike later on Sunday.

The typhoon is the 22nd of the year, but China's National Meteorological Centre says it could be the strongest one yet to make landfall.

Most of the deaths in the Philippines were caused by landslides in the Cordillera and Nueva Vizcaya regions, officials say.

Among the dead are a baby and a toddler. Blocked roads and downed communications lines mean reports are still coming in.

Five million people were in its path and more than 100,000 sheltered in temporary centres. 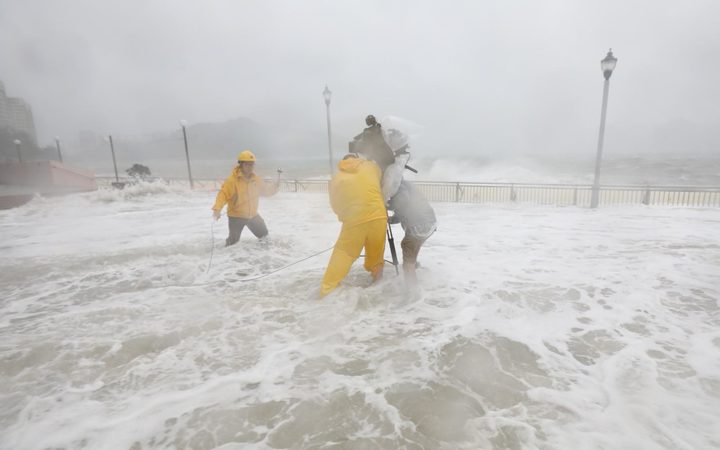 Francis Tolentino, a political adviser to President Rodrigo Duterte, estimated only a fifth of produce there had been harvested in advance - threatening staples like rice and corn.

The Philippines is routinely hit during the typhoon season but the strength of Manghukt evoked memories of the deadliest storm on national record - Super Typhoon Haiyan - which killed more than 7,000 in 2013.

However, preparation and evacuation procedures have been improved since then. Warnings were issued, travel was restricted, schools shut and the army was put on standby in advance.

Mangkhut is expected to weaken into a tropical depression by Tuesday.