US President Donald Trump has instructed staff to move forward with the next round of tariffs on Chinese goods, US media have reported. 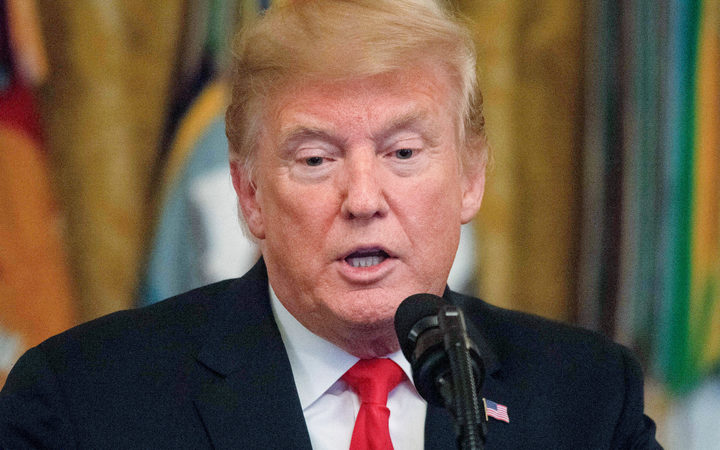 American media report that US President Donald Trump is pushing ahead with new tariffs on Chinese goods. Photo: AFP

The tariffs are expected to apply to about $200 billion worth of imports from China, including electronic parts and consumer goods such as handbags.

It remains unclear when the new import taxes - which could be as high as 25 percent - will go into effect.

Officials are reportedly still working on the final list of products.

Mr Trump ordered his staff to start preparing the tariffs this summer, escalating a dispute over what the US says are China's unfair trade practices, such as state subsidies.

The new duties would add to tariffs the US has already imposed on $50b in Chinese goods as part of that dispute, as well as tariffs that China levied on $50b in US goods in retaliation.

News reports this week quoted administration sources stating that Mr Trump has ordered the US to proceed with further tariffs, but there has been no formal announcement so far.

However, Mr Trump has repeatedly signalled his willingness to impose the new duties, despite warnings from economists and widespread opposition in the US among the business community.

On 7 September, Mr Trump said tariffs on $200b in goods "could take place very soon" and added that tariffs on a further $267b in goods were "ready to go on short notice if I want".

The White House and office of the US Trade Representative did not respond to requests for comment.

Bloomberg News, which first reported the president's decision, said a public order had been delayed as the administration revises the final list of products.

US stocks sank on the news.

Talks to resolve the matter ended without resolution this spring.

Some in the administration are trying to restart discussions to defuse the trade war, but Mr Trump said on Thursday the US is under "no pressure" to strike a deal.