There is a 70 per cent chance of a recurrence of the El Niño weather event before the end of this year, according to the World Meteorological Organisation (WMO). 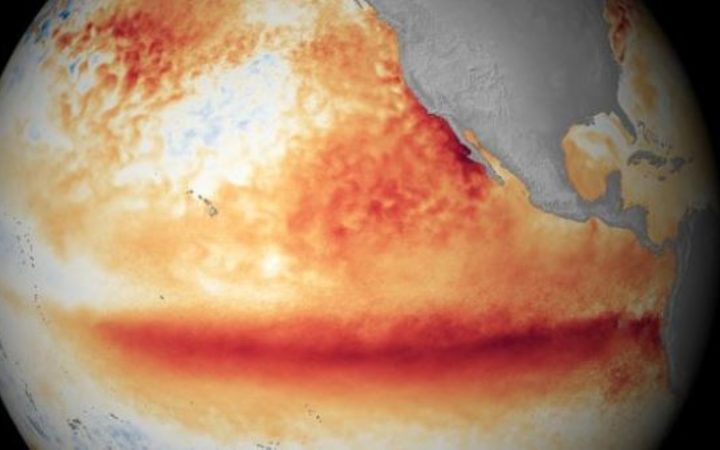 An image showing the 2015 El Niño with rising temperatures in the Pacific. Photo: NOAA/SCIENCE PHOTO LIBRARY

The last El Niño occurred in 2015-16 and impacted weather patterns around the world.

However, researchers say they are not expecting this new one to be as intense as 2015-16.

According to the WMO, climate change is influencing the traditional dynamics of these weather events.

The El Niño/Southern Oscillation, to give its proper title, is a natural event that involves fluctuating ocean surface temperatures in the Pacific, which influences weather all over the world.

The 2015-16 El Niño was one of the strongest ever recorded, and had an impact on global temperatures, which saw 2016 enter the record books as the warmest year.

As well as heat, the event also led to drought in Africa that saw food production plummet in many countries across the continent. South America saw floods across Brazil, Argentina, Paraguay and Uruguay. 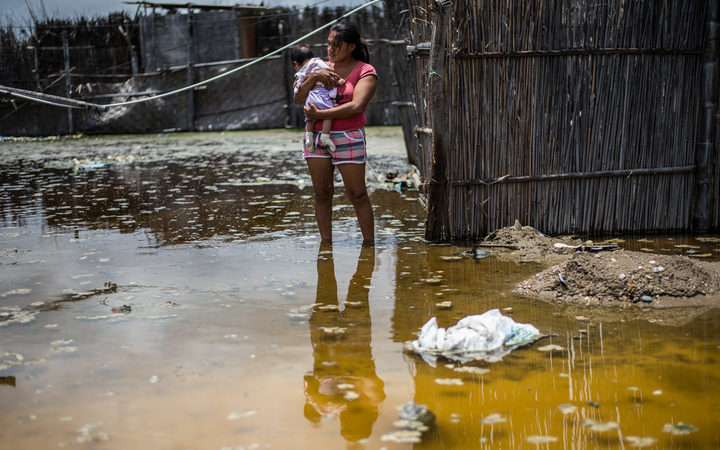 A woman stands in a flooded street in the province of La Union in Piura, Peru, last year after an El Niño climate phenomenon caused muddy rivers to overflow along the entire Peruvian coast. Photo: AFP

This year started with the opposite to El Niño, the so-called La Niña phase. This saw cooler-than-average sea-surface temperatures in the Pacific.

That has now faded and, according to the WMO models, there's a 70 percent chance of another El Niño developing by the end of this year.

"WMO does not expect the anticipated El Niño to be as powerful as the 2015-2016 event, but it will still have considerable impacts," said WMO Secretary-General Petteri Taalas.

"The advance prediction of this event will help save many lives and considerable economic losses," he added.

For the first time, the WMO has coupled the El Niño update with a global seasonal climate outlook for the September-to-November period.

The forecast says that above normal surface temperatures are forecast in nearly all of the Asia-Pacific region, Europe, North America, Africa and much of coastal South America.

While El Niño events normally occur every five-to-seven years, the recurrence of the event so close to the previous one, suggests that climate change may be having an impact.

"Climate change is influencing the traditional dynamics of El Niño and La Niña events, as well as their impacts," said Petteri Taalas.

"This year started out with a weak La Niña event, but its cooling effect was not enough to reduce the overall warming trend, which means that this year is on track to be one of the warmest on record."

Separately, Japan's weather bureau said there was a 60 percent chance the El Niño weather pattern emerging from September to November.