The Western Pacific region may be facing the resurgence of the El Niño weather condition later this year. 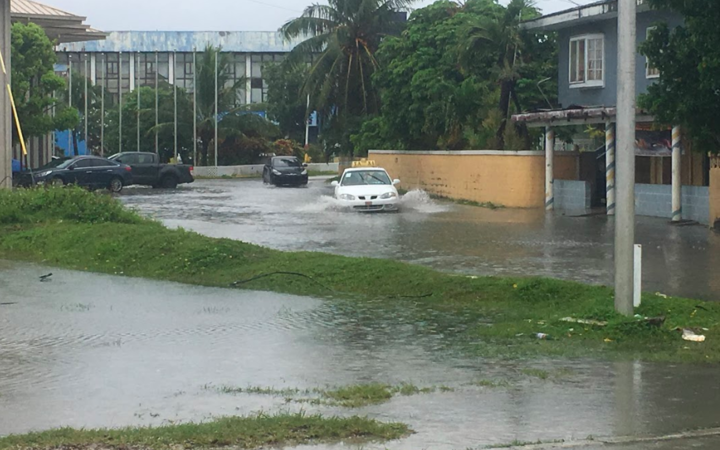 Guam-based weather official Charles Guard said there was about a 70 percent chance that the region would go into an El Niño this autumn or winter.

While it was not expected to be a strong El Niño, he said even a weak or moderate event would cause more storm activity in the Marshall Islands.

In addition to increased storm activity, El Niño conditions usually cause droughts in the Marshall Islands, which depends almost entirely on rainfall for their fresh water.

Demonstrating that 2018 had seen the weather "pendulum" swing away from El Niño and the droughts of 2016 and 2017, six of the first seven months generated rainfall levels higher than the monthly average, Mr Guard said.

The March to May period had over 157cms of rain - more than double the 68cm three month average - in what is usually the dry season.

During most of July and early August, the Marshall Islands experienced nearly a month of westerly trade wiinds - an unusual weather pattern in islands that normally have westerly winds only a few times a year and limited to a few days duration.

These weather conditions appear to be pushing the weather pendulum back toward El Niño.

If a moderate El Niño does swing into gear in the coming months, the Marshall Islands can expect increased storm activity in October and November for the southern islands and September and October for the northern islands, Mr Guard said.

"A strong typhoon is not likely under this scenario, but even weak ones can do significant damage in the Marshall Islands," he said.

The western Pacific experienced a relatively strong El Niño in 2016, with US President Barack Obama responding to a declaration of a drought emergency by the Marshall Islands government by issuing a "disaster declaration" in late April 2016 that paved the way for US federal funding of emergency drought aid.

Meanwhile, Guard said Guam weather officials, together with their colleagues at the Majuro Weather Service, were monitoring developments.