The head of US media giant CBS, Les Moonves, has resigned with immediate effect after allegations of sexual misconduct. 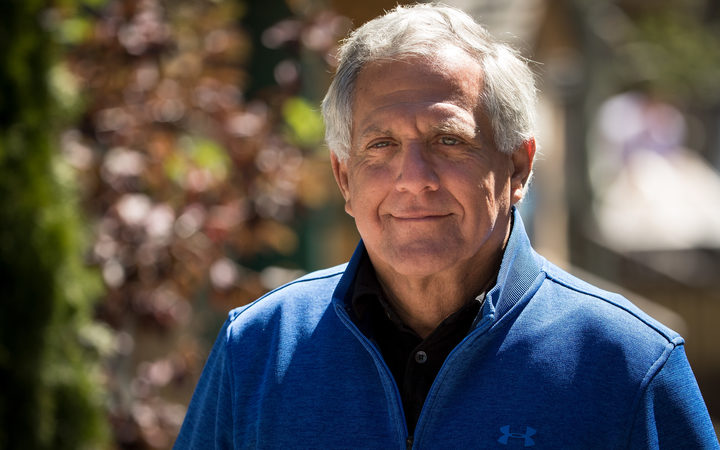 CBS had been investigating Mr Moonves since allegations appeared in the New Yorker in July - and fresh accusations from six more women have appeared.

The six women in the latest piece allege sexual harassment or assault by Mr Moonves between the 1980s and the first decade of this century.

Some allege he forced them to perform oral sex or exposed himself without their consent.

Some say he damaged their careers when they rebuffed him.

TV executive Phyllis Golden-Gottlieb and writer Jessica Pallingston are two of the women who give graphic descriptions of the misconduct they accuse Mr Moonves of carrying out.

The New Yorker quoted a statement in which he said: "The appalling accusations in this article are untrue. What is true is that I had consensual relations with three of the women some 25 years ago before I came to CBS.

"And I have never used my position to hinder the advancement or careers of women. In my 40 years of work, I have never before heard of such disturbing accusations."

Another six women had accused Mr Moonves. All of them said they believed their careers had suffered because they rejected his advances.

At the time Mr Moonves said he "may have made some women uncomfortable" in the past, adding: "Those were mistakes, and I regret them immensely. But I always understood and respected... that 'no' means 'no'."

However, CBS said the company and Mr Moonves would donate $US20 million ($NZ30.6 million) to groups supporting the #MeToo movement.

In a statement it announced that Mr Moonves would step down as chairman, president and chief executive with immediate effect.

Joseph Ianniello will serve as president and acting chief executive.

The Financial Times said Mr Moonves was resigning because this would entitle him to a hefty severance package, including stock options.

US media said the resignation package for Mr Moonves could amount to $100m.

However, CBS said he would not receive any severance benefits until the result of an independent investigation into his conduct.

The donation to organisations fighting for "equality for women in the workplace" would be deducted from the severance benefits, it said.

In a separate move, six directors have stepped down and six new ones elected.

Mr Moonves has been one of the most powerful executives in US media, joining CBS in 1995 as head of entertainment and becoming chief executive of CBS Corp in 2006.

They appear in a new article in the New Yorker by Ronan Farrow, who also authored the July piece and this year won a Pulitzer Prize for detailing assault accusations against Hollywood producer Harvey Weinstein.