US President Donald Trump, under political pressure for offering only a half-hearted tribute for the late Senator John McCain, said on Monday he respected his service to the nation and ordered US flags to be flown at half-staff in his honor. 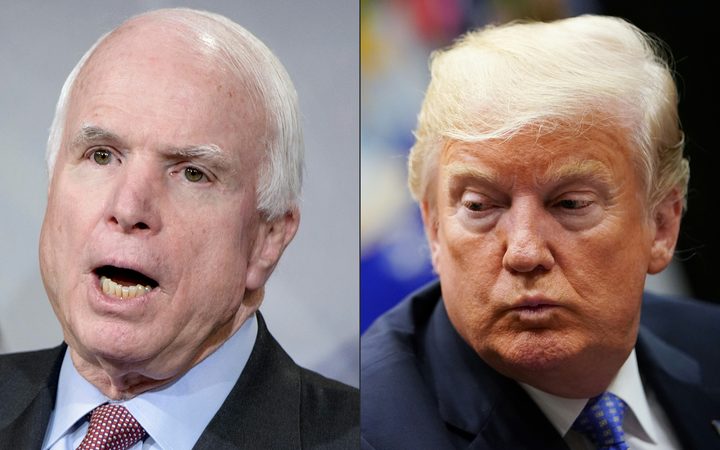 "Despite our differences on policy and politics, I respect Senator John McCain's service to our country and, in his honor, have signed a proclamation to fly the flag of the United States at half-staff until the day of his interment," Trump said in a statement.

Mr Trump has refused to publish a letter drafted by White House staff on the death of Mr McCain.

He had previously refused to sign the proclamation which would order the American flag to remain at half-mast until the funeral.

Mr Trump issued a two-line tweet on the passing of Mr McCain, with whom he frequently clashed.

Mr McCain ran unsuccessfully as US President in 2008 and had been a senator since 1984.

The son and grandson of Navy admirals, Mr McCain was a fighter pilot during the Vietnam War. When his plane was shot down, he spent more than five years as a prisoner of war.

While in the custody of his captors, he suffered torture that left him with lasting disabilities.

He has been an opponent of the current president and voted against the repeal of the healthcare reforms, known as Obamacare, put in place by the previous government.