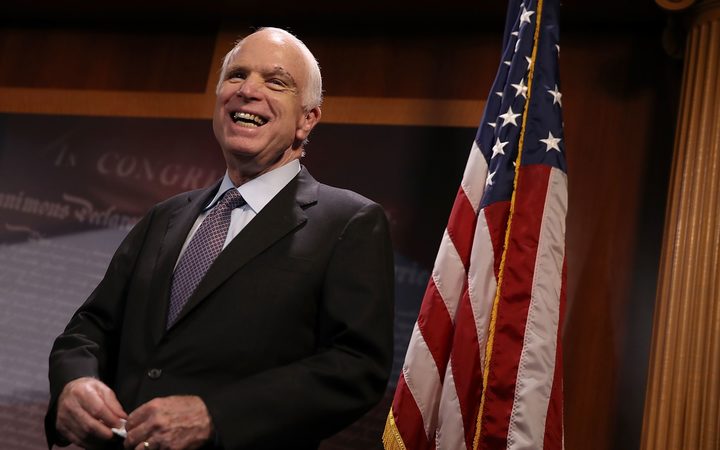 Mr McCain died this morning surrounded by his family, according to a short statement released by his office.

He was diagnosed with an aggressive brain tumour in July 2017 during surgery to remove a blood clot from above his left eye, and had been undergoing medical treatment.

His family announced Mr McCain, who left Washington in December, had decided to stop treatment on Friday.

He stood unsuccessfully as US President in 2008 and had been a senator since 1984.

The son and grandson of Navy admirals, Mr McCain was a fighter pilot during the Vietnam War. When his plane was shot down, he spent more than five years as a prisoner of war.

While in the custody of his captors, he suffered torture that left him with lasting disabilities.

He has been an opponent of the current president Donald Trump and voted against the repeal of the healthcare reforms, known as Obamacare, put in place by the previous government.