Iran has dismissed an angry warning from Donald Trump that Tehran risked dire consequences "the like of which few throughout history have suffered before" if it made threats against the United States. 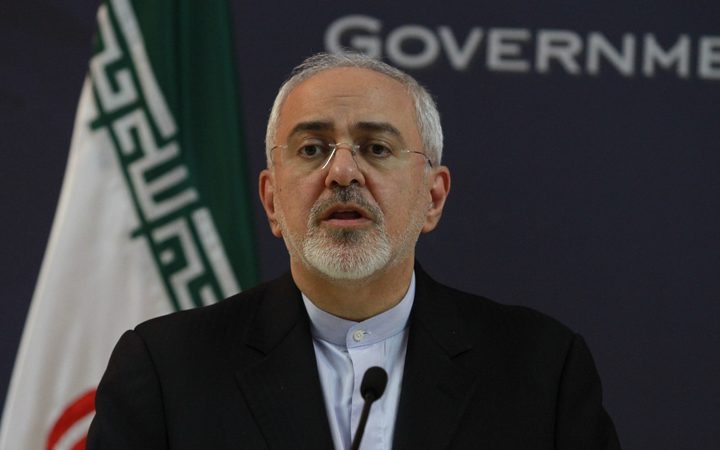 Iranian Foreign Minister Mohammad Javad Zarif hit back at Mr Trump's warning, which the US leader delivered written in capital letters in a late-night tweet.

COLOR US UNIMPRESSED: The world heard even harsher bluster a few months ago. And Iranians have heard them —albeit more civilized ones—for 40 yrs. We’ve been around for millennia & seen fall of empires, incl our own, which lasted more than the life of some countries. BE CAUTIOUS!

Iran has been under increasing US pressure and possible sanctions since Trump's decision in May to withdraw the United States from a 2015 agreement between world powers and Iran over its disputed nuclear program.

The Trump administration has launched an offensive of speeches and online communications meant to foment unrest and help pressure Iran to end its nuclear program and its support of militant groups.

Despite the heightened rhetoric, both sides have reasons to want to avoid starting a conflict.

To Iranian President Rouhani: NEVER, EVER THREATEN THE UNITED STATES AGAIN OR YOU WILL SUFFER CONSEQUENCES THE LIKES OF WHICH FEW THROUGHOUT HISTORY HAVE EVER SUFFERED BEFORE. WE ARE NO LONGER A COUNTRY THAT WILL STAND FOR YOUR DEMENTED WORDS OF VIOLENCE & DEATH. BE CAUTIOUS!

Mr Trump's tweet appeared to be in response to Iranian President Hassan Rouhani saying that hostile policies toward Tehran could lead to "the mother of all wars".

Mr Rouhani had told a gathering of Iranian diplomats on Sunday: "Mr Trump, don't play with the lion's tail, this would only lead to regret."

At the White House on Monday, when asked whether he had any concerns about provoking tensions with Iran, Mr Trump said "none at all".

Although Mr Rouhani left open the possibility of peace between Tehran and Washington, Iran's most powerful authority Supreme Leader Ayatollah Ali Khamenei on Saturday ruled out negotiations with the United States as an "obvious mistake".

Many ordinary Iranians are worried that the war of words might lead to a military confrontation but insiders in Tehran said they believed the Trump administration would not drag the United States into another quagmire in the Middle East.

With popular discontent over Iran's faltering economy and sliding currency, and the prospect of tough new US sanctions, Iran's leaders have called for unity.

In reaction to Iran's threats, the US military has renewed a vow to secure free flow of oil from the Strait of Hormuz. However, at least as of last week, the Pentagon said those Iranian threats had not led the US military to reposition or add to forces in the Middle East.