Donald Trump has responded to comments by Iran's President warning of "consequences the likes of which few throughout history have ever suffered before". 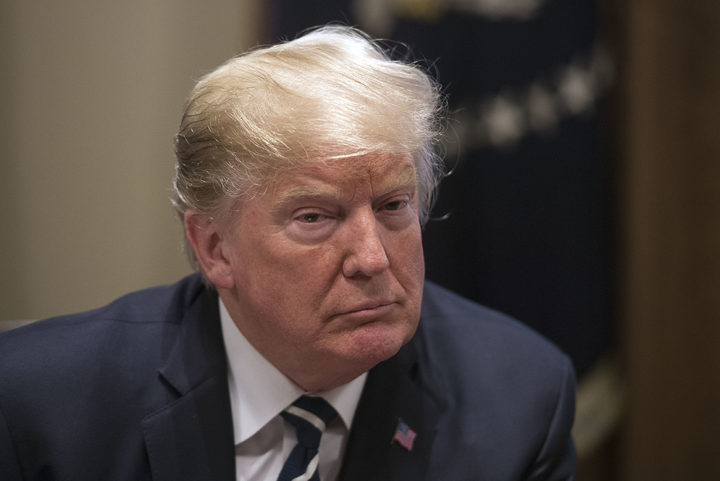 Hassan Rouhani cautioned the United States President about pursuing hostile policies against Iran, saying "America should know … war with Iran is the mother of all wars".

The local news outlet IRNA reports in a televised address, Mr Hassan said "Mr Trump, don't play with the lion's tail, this would only lead to regret."

"You are not in a position to incite the Iranian nation against Iran's security and interests."

In response, Donald Trump sent an explosive, all-caps tweet telling Mr Rouhani to "never, ever threaten the United States again" and "be cautious!".

To Iranian President Rouhani: NEVER, EVER THREATEN THE UNITED STATES AGAIN OR YOU WILL SUFFER CONSEQUENCES THE LIKES OF WHICH FEW THROUGHOUT HISTORY HAVE EVER SUFFERED BEFORE. WE ARE NO LONGER A COUNTRY THAT WILL STAND FOR YOUR DEMENTED WORDS OF VIOLENCE & DEATH. BE CAUTIOUS!

The outburst relates to Iran's 2015 agreement with the United States and five other countries, promising to abandon its nuclear ambitions in exchange for a loosening of economic sanctions, including restrictions on Tehran's oil exports, its principal revenue generator.

Earlier, US Secretary of State Mike Pompeo launched his own rhetorical assault on Iran's leaders, promising unspecified backing for Iranians unhappy with their government.

Mr Pompeo, in a speech to a largely Iranian-American audience in California, dismissed Mr Rouhani and Foreign Minister Javad Zarif, as "polished front men for the ayatollahs' international con artistry".

He cited what he called Iranian leaders' vast wealth and corruption, saying Iran "is run by something that resembles the mafia more than a government."

US officials say Mr Pompeo's speech is the latest step in a communications offensive launched by the Trump administration that is meant to foster unrest in Iran, and help pressure its government to end its nuclear programme and support of militant groups.

The offensive is meant to work in concert with severe economic sanctions that Washington plans to reimpose in the coming months, including the restrictions on oil exports.