US President Donald Trump has invited Russian leader Vladimir Putin to visit the US in the autumn, his press secretary says. 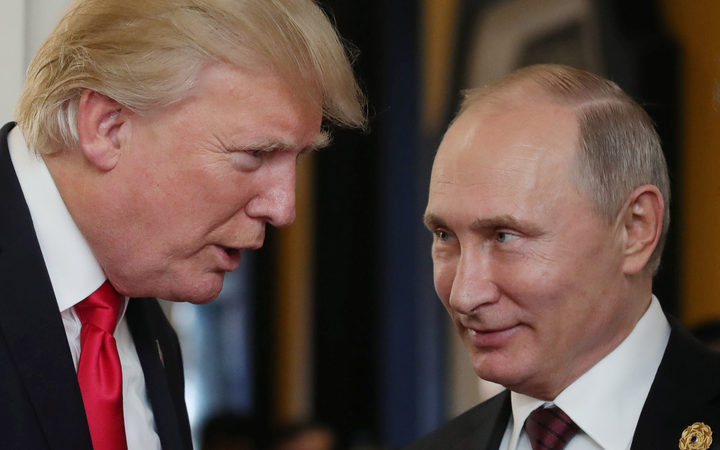 US President Donald Trump and Russian President Vladimir Putin held a summit in Finland earlier this week but few details of what they discussed have emerged. Photo: AFP PHOTO / SPUTNIK / Mikhail KLIMENTYEV

Sarah Sanders tweeted that discussions for the visit were already under way.

In Helsinki, @POTUS agreed to ongoing working level dialogue between the two security council staffs. President Trump asked @Ambjohnbolton to invite President Putin to Washington in the fall and those discussions are already underway.

The Summit with Russia was a great success, except with the real enemy of the people, the Fake News Media. I look forward to our second meeting so that we can start implementing some of the many things discussed, including stopping terrorism, security for Israel, nuclear........

Earlier Mr Trump rejected a proposal by Mr Putin that Russia be allowed to question US citizens.

The two leaders held a summit in Finland earlier this week but few details of what they discussed have emerged.

There has been no word from Russia about a second Trump-Putin meeting.

The announcement of Mr Putin's invite appeared to come as a surprise to US Director of National Intelligence Dan Coats, who was told about it during a live interview.

He laughed and said: "That's going to be special."

He said he did not yet know what Mr Trump and Mr Putin discussed during their meeting, at which only their interpreters were also present.

US Senate Democratic leader Chuck Schumer called for Mr Trump to reveal what he discussed with Mr Putin.

"Until we know what happened at that two-hour meeting in Helsinki, the president should have no more one-on-one interactions with Putin. In the United States, in Russia, or anywhere else," he said in a statement.

Controversy has raged over the Helsinki summit, with Mr Trump having to correct his own words from the press conference which followed it.

Following his summit with Mr Putin, Mr Trump has been fighting accusations he failed to stand up to the Russian leader.

A few days after the summit, Mr Trump said the meeting was a "great success" and he was looking forward to their next meeting.

He clarified remarks he made at a news conference after the meeting, in which he said he saw no reason why Russia would meddle in the 2016 US election - despite US intelligence concluding just that.

Speaking to CBS News after the summit, Mr Trump said he held Mr Putin personally responsible for interfering in the election, and that he was "very strong on the fact that we can't have meddling".

Mr Putin has also described the summit as "successful" but warned "there are forces in the United States that are prepared to casually sacrifice Russian-US relations".