The owner of the Mandalay Bay hotel in Las Vegas has filed a lawsuit against more than 1000 victims of a mass shooting that killed 58 people in 2017. 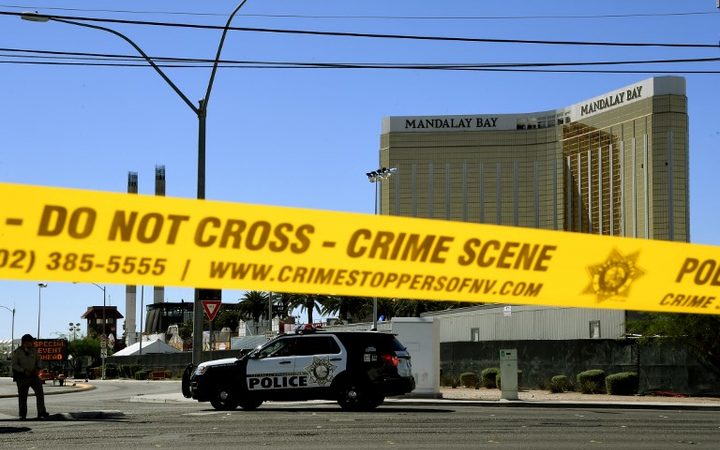 The gunman opened fire on festival-goers before killing himself. Photo: AFP / Mark Ralston

The MGM Resorts International's lawsuit does not seek money and appears to be a judicial bid to avoid liability and dismiss claims against it.

A lawyer for several victims called the lawsuit "outrageous" and "verging on unethical", according to US reports.

Stephen Paddock, 64, opened fire on festival-goers before killing himself.

Paddock had set up a firing point with 23 weapons in the Mandalay Bay overlooking the Route 91 Harvest festival, also owned by MGM, on 1 October last year.

MGM Resorts International filed complaints in Nevada and California, arguing it could not be held liable for any deaths, injuries or damages caused during the attack.

"Plaintiffs have no liability of any kind to defendants," the complaints argue.

MGM's lawsuit stated the security company it hired was certified by the Department of Homeland Security and was therefore protected from liability under a 2002 federal act.

MGM argues that this protection extends to the hotel giant, as it hired the security firm.

A spokesperson for MGM said in a statement it was not suing victims for any money and was sympathetic.

"Years of drawn out litigation and hearings are not in the best interest of the victims, the community and those still healing," Debra DeShong said on Monday.

Lawyers for victims said MGM was apparently trying to get the case heard in federal courts instead of state courts as this might give it a better chance of victory.

Robert Eglet, a lawyer for several victims, said the lawsuit "quite frankly verges on unethical".

"I've never seen a more outrageous thing, where they sue the victims in an effort to find a judge they like," he told the Las Vegas Review-Journal. "It's just really sad that they would stoop to this level."

Lawsuits have been filed by victims' groups against both MGM and concert promoter Live Nation.

The mass shooting remains unresolved in the US, as police are still unsure as to why the gunman opened fire on 22,000 festival-goers for 10 minutes.

Without a motive related to extremist ideologies of a political, religious, social, racial or environmental nature, officials will not call the mass shooting an act of terrorism.