Police in the UK town of Salisbury were called to an incident near a restaurant visited by ex-Russian spy Sergei Skripal before they fell ill from nerve agent poisoning, but later said it was a false alarm. 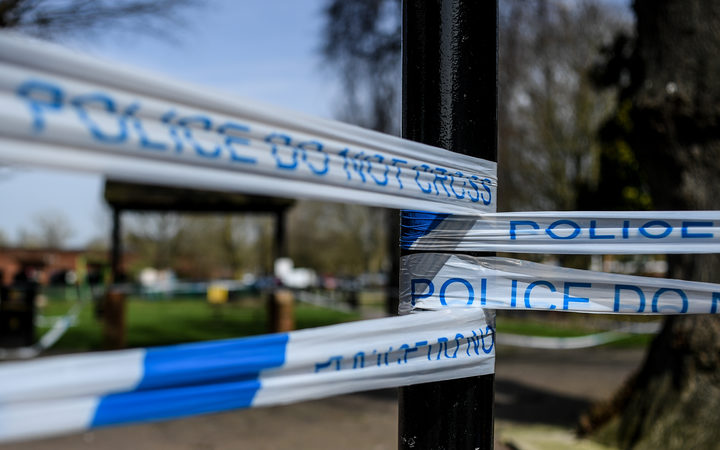 Fencing at the entrance to the park where former Sergei Skripal and his daughter Yulia were found on the bench (file). Photo: AFP

Sergei Skripal and his daughter Yulia collapsed in a park in Salisbury and were hospitalised with exposure to the substance, later identified as Novichok.

Last week Dawn Sturgess, 44, died in hospital after she and Charlie Rowley, 45, were exposed to the same nerve agent in nearby Amesbury. Mr Rowley has since regained consciousness in hospital.

Police cordoned off a street near the restaurant and asked people to stay away.

"We are currently dealing with an incident in Castle Street, Salisbury, involving a man in his 30s," Salisbury police said in a statement.

"Given the ongoing incident in Salisbury and Amesbury, we are taking highly precautionary measures to ensure public safety."

They later said the man was taken to Salisbury District Hospital to be assessed and there was no concern for his health, nor any wider risk to the public.

"We understand that our initial response to the incident may have looked alarming, but we hope you appreciate why we needed to take this highly precautionary measure."

Castle Street is the location of Zizzi restaurant, one of the sites visited by the Skripals in March, before they were found slumped unconscious on a park bench. They spent weeks in hospital before being discharged.

Britain and its allies have blamed Russia for the attack on the Skripals, prompting the biggest Western expulsion of Russian diplomats since the Cold War. Moscow has rejected the accusations and has hit back by expelling Western diplomats.