Charlie Rowley, who has been in hospital since falling ill in Amesbury on 30 June, is in a critical but stable condition.

But the 45-year-old "is still very unwell", a statement said.

Dawn Sturgess, 44, who was also exposed to the nerve agent, died on Sunday. 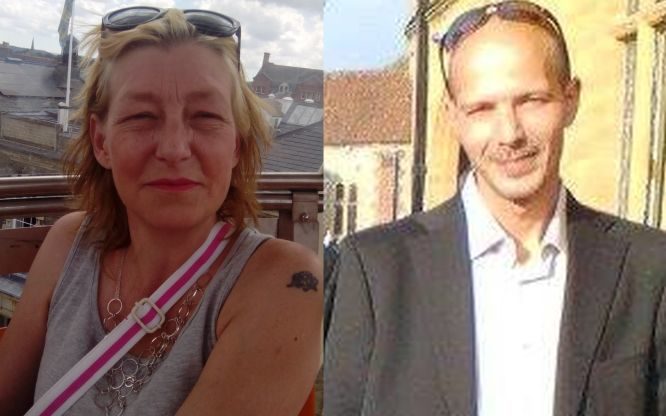 Dawn Sturgess, left, who was exposed the nerve agent died on Sunday, and Charlie Rowley has regained conciousness in hospital. Photo: Facebook

Her family have described her as "a gentle soul who was generous to a fault".

Police are investigating a possible link to the case of Russians Sergei and Yulia Skripal - who were poisoned with the same substance in nearby Salisbury.

The UK government has blamed Russia for the incident, but the country's authorities deny any involvement.

Chief Medical Officer Dame Sally Davies said people in the Amesbury and Salisbury area should not "pick up any foreign object which could contain liquid or gel, in the interests of their own safety".

Director of nursing Lorna Wilkinson said: "[Charlie Rowley] is in a critical but stable condition, and is now conscious.

"While this is welcome news, clearly we are not out of the woods yet. 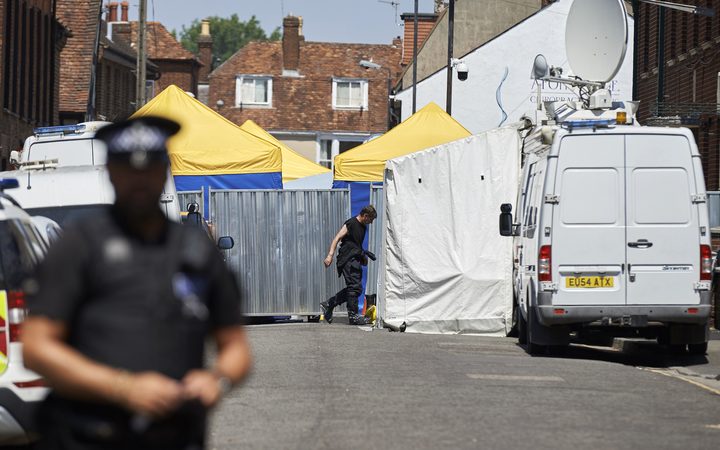 Police officers guard a cordon in Salisbury, one of five locations in the city and Amesbury under investigation. Photo: AFP

Ms Sturgess lived in Salisbury, and the couple had been in the city before going to Mr Rowley's flat in nearby Amesbury on Friday 29 June.

They both then fell ill on Saturday 30 June, and Ms Sturgess died eight days later. She had two sons, aged 19 and 23, and an 11-year-old daughter.

Police seized a car in Swindon on Monday as part of their ongoing investigation into the poisoning.

The BBC understands the white Audi belonged to a paramedic who had been with Ms Sturgess in an ambulance when she fell ill.

Local residents said the paramedic had told them he got bodily fluids on him, but he had been checked over by doctors and given the "all-clear".

His car was sealed and taken away on the back of a truck.

Residents also claimed he had told them both his car and his clothes were being taken to the government laboratory at Porton Down to be destroyed.

Wiltshire Police said the public "should not be alarmed by this," adding: "Those involved have the training and expertise to safely remove the vehicle."

Police are continuing to hunt for a contaminated container which they believe was handled by the pair.

The BBC understands Mr Rowley's flat is regarded as the key location in the search.

A team wearing protective clothing is combing the small flat, working in 30-minute shifts because of the heat.