US President Donald Trump has said the security of North Korean leader Kim Jong-un, who has threatened to scrap a summit between the countries, would be guaranteed in any deal they reach. 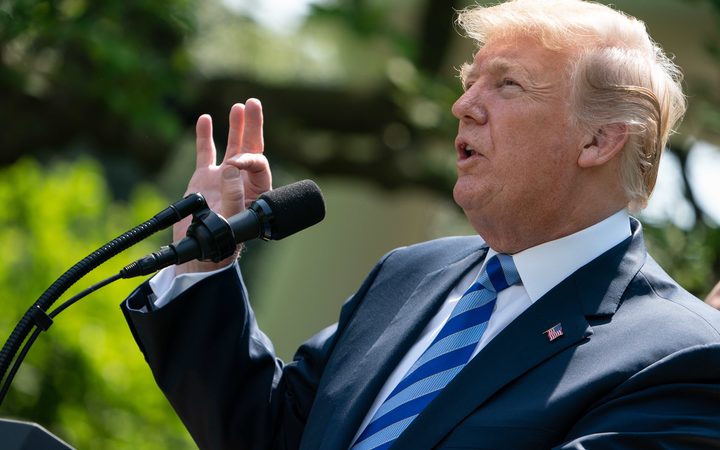 In rambling remarks in which he also sharply criticized China over trade, Mr Trump said that as far as he knew the meeting with Kim was still on track, but that the North Korean leader was possibly being influenced by Beijing after having made two visits there recently.

Mr Trump said the deal he was looking at would give Mr Kim "protections that will be very strong."

The threatened cancellation of the summit, the first between US and North Korean leaders, would deal a major blow to what could be the biggest diplomatic achievement of Mr Trump's presidency.

The United States has demanded the "complete, verifiable, and irreversible" dismantlement of North Korea's nuclear weapons program. Pyongyang has rejected unilateral disarmament and given no indication that it is willing to go beyond statements of broad support for the concept of universal denuclearization.

Mr Trump distanced himself from comments on Wednesday by his national security adviser John Bolton, which North Korea had angrily denounced and prompted it to cast doubt on the summit planned for 12 June in Singapore.

"We are going to do everything we can to come to a successful meeting, but we are not going to back away from the objective of that meeting which is complete, verifiable and irreversible denuclearization of North Korea," Mr Bolton had said.

North Korean first vice minister of foreign affairs Kim Kye Gwan shortly after derided as "absurd" Mr Bolton's suggestion of a deal similar to that under which components of Libya's nuclear program were shipped to the US.

"(The) world knows too well that our country is neither Libya nor Iraq which have met miserable fate," he said in apparent reference to the demises of Gaddafi and Iraq's former president Saddam Hussein. 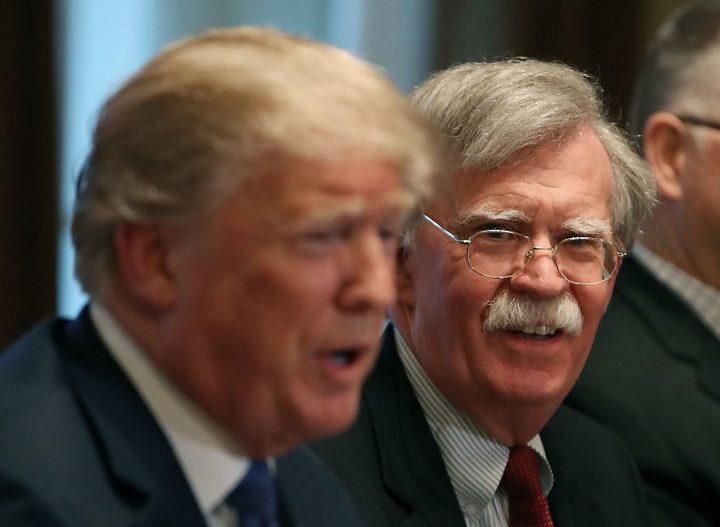 Muammar Gaddafi was deposed as Libya's prime minister and killed after the country joined the 2011 Arab Spring protests aided by NATO allies who had encouraged him to give up his banned weapons of mass destruction under a 2003 deal.

Mr Bolton has repeatedly suggested the Libya model of unilateral disarmament for North Korea, most recently on Sunday.

Mr Kim said North Korea would never give up its nuclear program in exchange for trade with the United States.

Meeting with NATO Secretary General Jens Stoltenberg today Mr Trump told reporters North Korea was "actually talking to us about times and everything else as though nothing happened."

He said he was not pursuing the "Libya model" in getting North Korea to abandon its nuclear weapons program.

Mr Trump said Libya was "a much different model. We decimated that country." He said the Libya model would only come into play "most likely" if a deal could not be reached with North Korea.

However, he stressed that North Korea would have to abandon its nuclear weapons.

"We cannot let that country have nukes. We just can't do it," he said.

The North Korean statements on Wednesday marked a dramatic reversal in tone from recent months and took US officials off guard after months of easing tensions.

North Korea also called off a round of talks with South Korea, whose president, Moon Jae-in, is due to meet Trump on Washington next Tuesday, citing joint U.S.-South Korean military exercises, which both allies have said will go ahead as planned.

North Korea's chief negotiator with the South called the South Korean government "ignorant and incompetent" on Thursday and threatened to halt all talks with Seoul unless its demands are met.

Some analysts and US officials believe the North may have been testing Mr Trump's willingness to soften the US demand for complete denuclearization. Pyongyang could also be trying to capitalize on an apparent gap in messaging between Mr Bolton and US Secretary of State Mike Pompeo.