Malaysian police have searched the home of former prime minister Najib Razak, one week after he lost the national election. 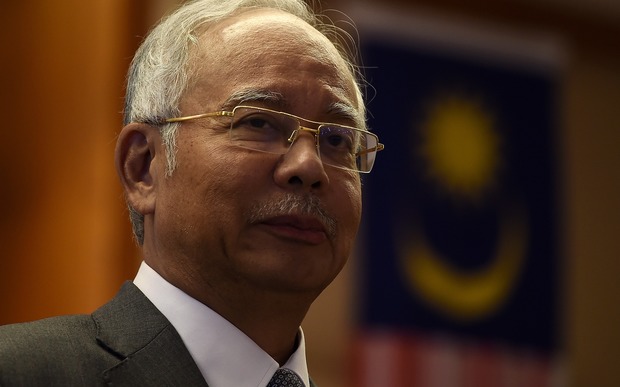 Multiple police vehicles were seen circulating in front of his house after night fall, according to local media.

Mr Najib denied any wrongdoing. He was put under ]https://www.radionz.co.nz/news/world/357228/ex-pm-najib-razak-banned-from-leaving-malaysia a travel ban at the weekend after attempting to leave the country to go on holiday with his wife] on Saturday.

Police confirmed the search of his property, but did not give any further details, the New Straits Times newspaper reported.

Mr Najib was dogged by corruption allegations that related to a state fund he founded.

More than 100 people, including police, journalists and members of the public, gathered outside his residence, according to Reuters.

Several police officers entered the house after he returned home from prayers at a mosque, a witness told the news agency.

His 92-year-old former mentor was sworn in on Thursday, and said he would seek the return of millions of dollars lost in the scandal.

Mr Mahathir already replaced the attorney-general and officials at the anti-corruption agency.

He also freed reformist politician Anwar Ibrahim, a former rival, who was jailed for sodomy, a conviction widely seen as politically motivated.

Mr Mahathir struck a deal with Mr Anwar, offering a pardon if he would back him when he switched parties to run as an opposition candidate.

Under the agreement, Mr Mahathir will serve as prime minister for two years, before handing power to Mr Anwar.

On Wednesday, Mr Anwar told the BBC it was a difficult deal to make. "My children were in tears because they thought, 'Why do you need to work with this guy?' "