California police have arrested a former police officer for a notorious spree of murders, rapes and burglaries in the 1970s and 80s. 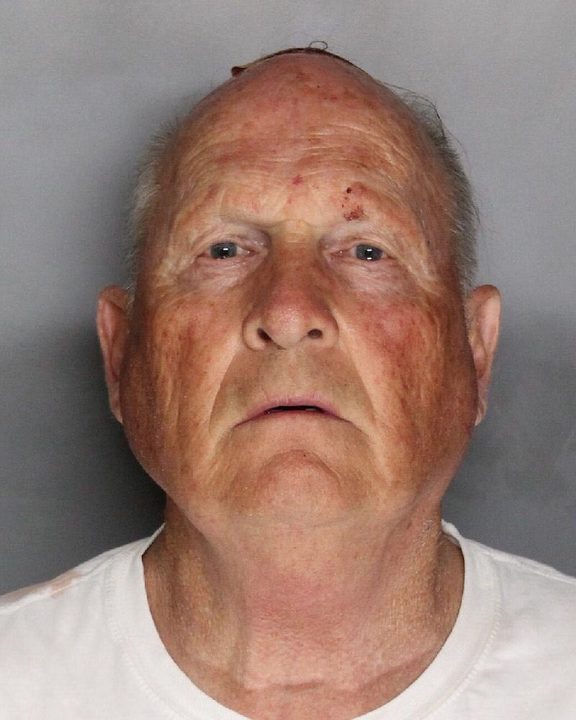 The suspect has been living in the Sacramento area and was identified after new efforts to solve the case, investigators say.

Mr DeAngelo was arrested on two counts of murder with special circumstances.

Police had been monitoring the suspect and used "discarded DNA" to match him to the crimes, according to Sacramento County Sheriff Scott Jones.

"The magnitude of this case demanded that it be solved," she added.

According to the Sacramento Bee, he had been living with his daughter and granddaughter in the city's Citrus Heights neighbourhood.

Jane Carson-Sandler, who was the rapist's fifth victim in October 1976, told the Island Packet newspaper that detectives had emailed her on Wednesday to inform her of the arrest.

"I just found out this morning," she said. "I'm overwhelmed with joy. I've been crying, sobbing."

The case was investigated by author Michelle McNamara for her book I'll Be Gone in the Dark. McNamara died before the book could be published.

Her co-author, Billy Jensen, tweeted on Tuesday night to say there would be a "rather large announcement tomorrow".

Another contributor to the book, Paul Haynes, said: "Stunned. Excited. No other words right now."

The Golden State Killer, also known as the East Area Rapist, Original Night Stalker, and the Diamond Knot Killer is believed to have carried out rapes and murders between 1976 and 1986, killing girls and women aged between 12 and 41.

Police drawings of a suspect known as the "Golden State Killer". Photo: AFP