US House of Representatives Speaker Paul Ryan has announced he will not seek re-election and will retire early next year. 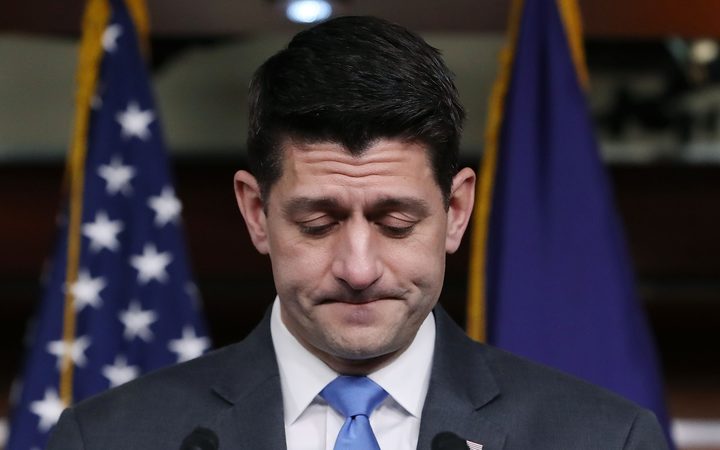 US House Speaker Paul Ryan announces his retirement in January, which will end his 20 years in Congress. Photo: AFP / 2018 Getty Images / Mark Wilson

The US Congress' most powerful lawmaker said he would not stand for another term in his Wisconsin district this November, and would retire in January having served in Congress for 20 years.

Mr Ryan, who has had an often-strained relationship with US President Donald Trump, made the announcement on Wednesday local time, portraying it as a decision to spend more time with his family. He has three children.

It sets up a distracting House leadership succession struggle at a time when Republicans are trying to fend off Democratic efforts to seize control of Congress in the mid-term elections in November.

The 48-year-old, who was the Republican Party's failed 2012 vice-presidential nominee and reluctantly agreed to become speaker in 2015, joins nearly 30 House Republicans who have announced this year they are retiring outright.

"You all know that I did not seek this job," he said, "I took it reluctantly". 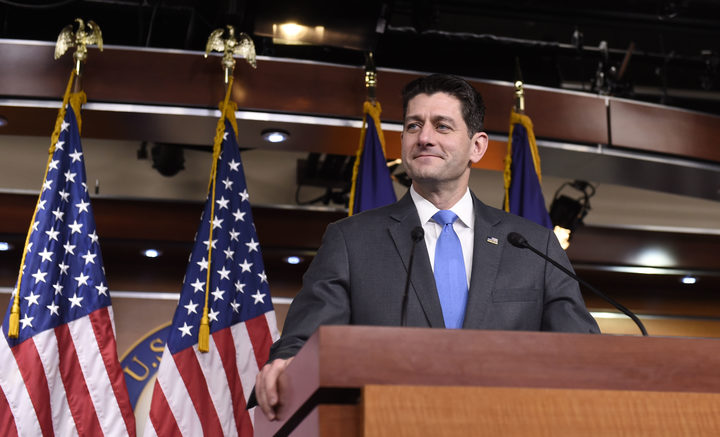 "But I have given this job everything. I have no regrets whatsoever for having accepted this responsibility."

"But the truth is it's easy for it to take over everything in your life and you can't just let that happen."

"You realize something when you take this job ... It's a big job with a lot riding on you, and you feel it. But you also know that this is a job that does not last forever."

He said Mr Trump and his conduct in office had not at all influenced his decision. 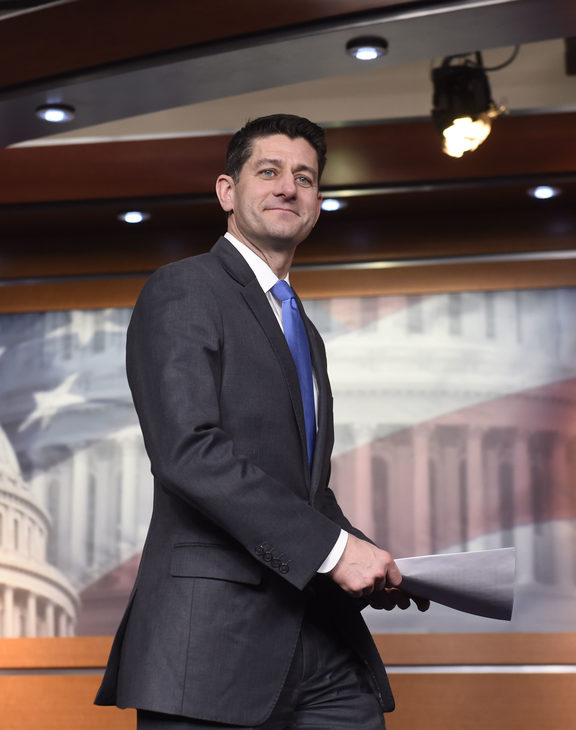 Mr Ryan arrives at a press conference to announce his resignation. He said the decision was so he could spend more time with his family. Photo: AFP PHOTO / SAUL LOEB

"Speaker Paul Ryan is a truly good man, and while he will not be seeking re-election, he will leave a legacy of achievement that nobody can question. We are with you Paul!" Mr Trump wrote on Twitter.

Mr Ryan in 2016 initially hesitated to endorse Trump after it became clear the wealthy New York real estate developer would become the party's presidential nominee, but eventually did so.

He also voiced unease at Mr Trump's call for banning the entry of Muslims into the United States and his criticism of a Mexican-American US judge. A month before the 2016 election, Mr Ryan said he was "sickened" by Mr Trump's remarks about groping women captured on an audio tape recorded in 2005.

However, he has rarely offered direct criticism of Mr Trump since he was elected.

House Majority Leader Kevin McCarthy of California and House Majority Whip Steve Scalise of Louisiana, who was wounded by a gunman last year, are considered as possible replacements. Mr Trump has praised McCarthy and Scalise in the past.

Mr Ryan cited the Republican tax overhaul passed by Congress and signed by Mr Trump in December as his biggest accomplishment. While Mr Ryan cultivated a reputation as a fiscal conservative, the tax bill is forecast to balloon the federal deficit in the coming years.

In stepping down, Mr Ryan may have boosted Democrats' prospects in November, as some political analysts see a competitive race for his seat.

Republicans already face a tough challenge from Democrats to keep control of the lower chamber.

The move also triggered speculation that Mr Ryan could be positioning himself for a race against Vice President Mike Pence for the Republican presidential nomination in 2020, if Mr Trump is so badly damaged by then that he decides not to run for re-election.

A source close to Mr Ryan said this was not true, however.

The House speaker is second in the line of presidential succession, after the vice president.

Mr Ryan, a prolific fundraiser for the party, raised $11 million in the first quarter of 2018 to bring his total for the current election cycle to $54 million. Of that, his campaign transferred $40 million to the National Republican Campaign Committee (NRCC), the arm of the party responsible for helping elect Republicans to the House.

Without his own campaign to run, Ryan could transfer all his remaining cash to the NRCC or other vulnerable Republicans.

Democrats need to pick up at least 23 seats in the 435-member House to regain the majority. Another Republican congressman, Dennis Ross of Florida, also announced on Friday he will not seek re-election in November.

Meanwhile, the House speaker whom Mr Ryan replaced - John Boehner - announced on Twitter he is joining the board of a legal cannabis corporation "because my thinking on cannabis has evolved".

The Ohio Republican, who retired from politics in 2015, once said he was "unalterably opposed" to legalising marijuana.