The fire service in the UK city of Manchester arrived two hours late to the scene of a deadly suicide bombing last year and played "no meaningful role" in the response, according to a new report 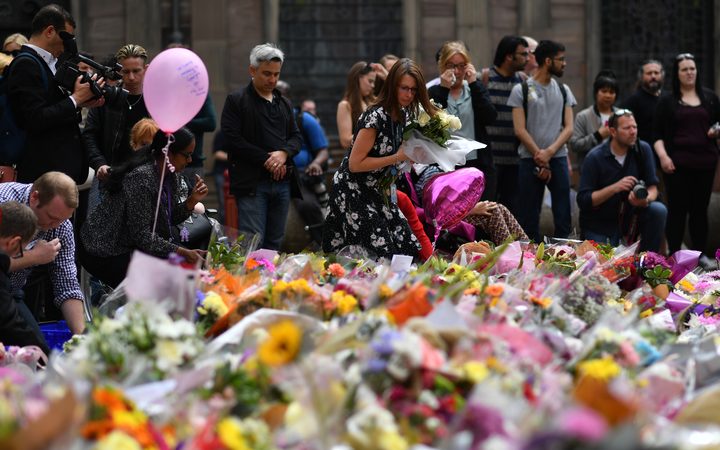 People lay flowers in Manchester after the attack. Photo: AFP

Suicide bomber Salman Abedi killed 22 people last year on 22 May in the foyer of an arena, as thousands of people streamed out after attending an Ariana Grande concert.

The service began the wrong type of response, and later set up at an incorrect "rendezvous" point several miles away from the scene as a result.

Two fire teams were in earshot of the explosion yet did not immediately respond at or nearer to the scene, having been told it was too dangerous to do so, CNN report.

"The Fire Service was effectively 'outside the loop,' having no presence at the rendezvous point established by the police, little awareness of what was happening at the arena and only a very limited and belated presence," the report found.

The fire service was heavily reliant on the police and ambulance services for information and an inter-agency officer to coordinate the different services.

The fire service said in a statement there were clear failures in the leadership and decision-making in the response, and that the firefighters had been let down by their superiors.

"The 22nd May 2017 was Greater Manchester's darkest hour and it is clear that our response fell far short of that which the people of Greater Manchester have a right to expect. I apologize unreservedly for that," said Dawn Docx, the service's interim chief fire officer.

The report said there was no single reason or person behind the failure: "Rather, it was a combination of poor communication and poor procedures."

The report also pointed to failure by telecommunications company Vodafone, saying that a casualty bureau the emergency services had set up "was seriously hampered by the complete failure" of a telephone-based communications system provided by Vodafone.

"As a consequence, communication with the families caught up in the attack was badly affected," the report found.

It said that a dedicated telephone contact service was not set up more than four hours after the attack, CNN report.

"This failure was a cause of significant stress and upset on the night to the families involved, who were seeking to find out more about the situation of their loved ones. A number were reduced to a frantic search around the hospitals of Greater Manchester to find out more."