British security service MI5 is to hold an inquiry into the way it dealt with warnings from the public that the Manchester suicide bomber, Salman Abedi, was a potential threat. 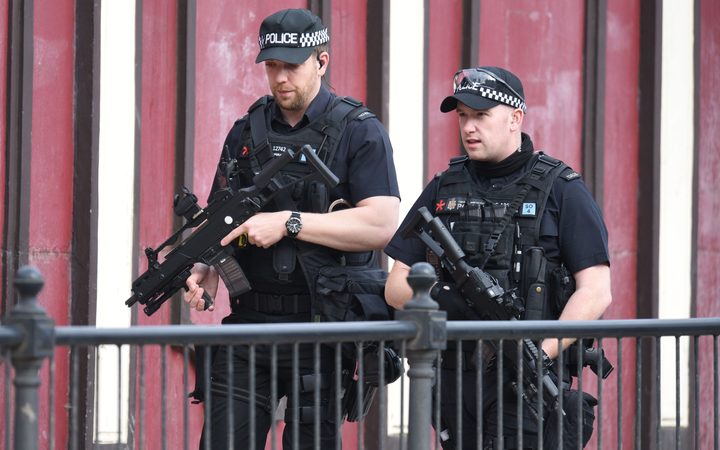 Whitehall officials have acknowledged the security service will examine what assumptions had been made about the 22-year-old before last Monday's attack.

It has emerged it was alerted to his extremist views at least three times.

Meanwhile, early on Monday, a 23-year-old man was arrested in Shoreham-by-Sea, West Sussex, on suspicion of terrorism offences.

Greater Manchester Police said they had also executed search warrants at addresses in the Whalley Range area of Manchester and in Chester overnight.

Seven children were among the 22 people who died when Abedi detonated a bomb on 22 May at the end of a concert by US singer Ariana Grande at Manchester Arena.

In all, 14 men are now being questioned in connection with the investigation into the attack.

MI5 has launched a "post-incident investigation" into how the Manchester bomber was overlooked, while a separate report is being prepared for ministers and those who oversee the work of the service.

A Whitehall official said previously that Abedi was one of a "pool" of former subjects of interest whose risk remained "subject to review" by the security service and its partners.

Born in Manchester to Libyan parents, BBC Newsnight reported that when Abedi was 16 he fought against Colonel Gaddafi's regime with his father during the school holidays.

It was while at Manchester College that two people who knew Abedi have confirmed they made separate calls to an anti-terrorism hotline to warn the police about his extremist views.

Greater Manchester Police have made an appeal to the public for information about his movements since 18 May, when he returned to the UK from abroad.

His city centre flat was one of the last places he went - and where he might have made the final touches to his explosive device - before going to the arena, police have said.

Police said their investigation was "making good progress" and had around 1000 people working on it.

In total 16 people have been arrested - but a woman and a 16-year-old boy were later released without charge.

The UK threat level has been reduced from critical to severe and soldiers deployed to support the police will be gradually withdrawn from Monday night.

Additional security measures were in place for the Great Manchester Run on Sunday, which attracted tens of thousands of participants.

A huge round of applause for the emergency services followed a minute's silence for the victims and casualties.

There was also higher security at weekend events such as the FA Cup final in London.