US Attorney General Jeff Sessions has fired FBI official Andrew McCabe, who had been accused of political bias by President Donald Trump. 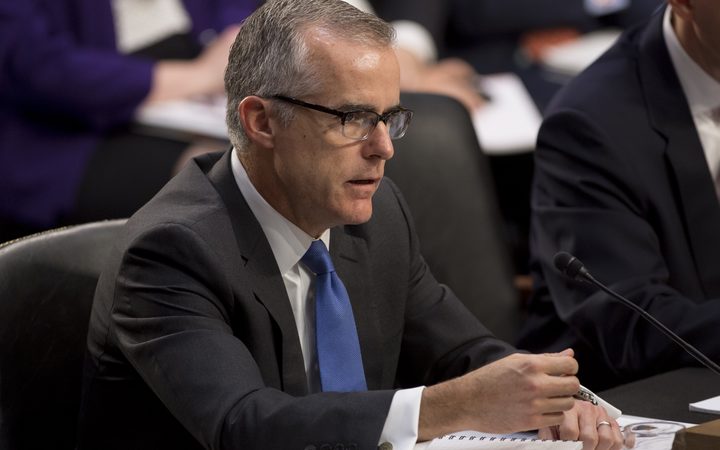 In January, Mr McCabe resigned as deputy director and was placed on leave.

He had been deeply involved in the FBI investigations into Hillary Clinton's use of email and Russia's alleged meddling in the presidential campaign.

The sacking comes two days before his 50th birthday, when he was expected to retire with pension rights.

The move was recommended by an internal investigation, which concluded that Mr McCabe had "made an unauthorised disclosure to the news media".

In a statement, Mr Sessions said: "Based on the report of the Inspector General, the findings of the FBI Office of Professional Responsibility, and the recommendation of the Department's senior career official, I have terminated the employment of Andrew McCabe effective immediately."

Mr McCabe called his dismissal an attack on his credibility, and said it was part of a "larger effort" to discredit the US intelligence community.

He said he believed was being "singled out" because of the events he witnessed and the role he played in the aftermath of the firing of last year of then-FBI director James Comey.

But Mr Trump's Democratic critics said he was being punished for the FBI's investigation into alleged links between the Trump presidential campaign and Russia.