"Baby brain", the mental fog many women say they experience during pregnancy, is a genuine, measurable phenomenon, an Australian study has found. 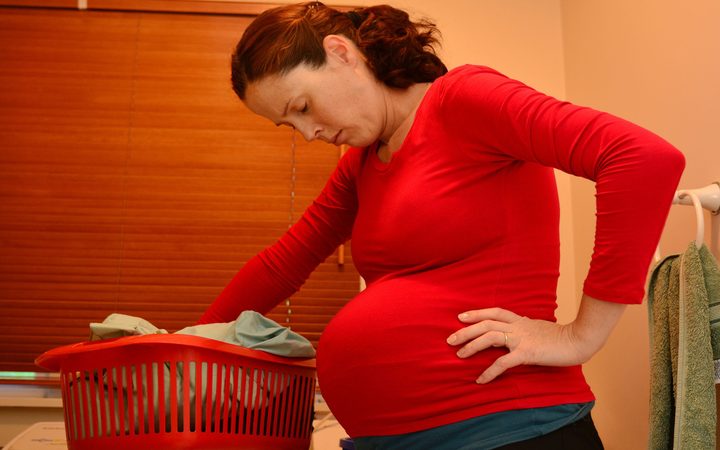 About four out of five women report some kind of 'baby brain' during pregnancy. Photo: 123RF

Researchers at Deakin University undertook a meta-analysis of 20 studies involving more than 1200 women.

The study, published in the Medical Journal of Australia, found changes to cognitive functioning and memory occurred early in pregnancy, but did not become apparent until the third trimester.

"The declines start to happen between the first and the second trimester, and then look like they stabilise … but are most obvious in the third trimester," senior author Associate Professor Linda Byrne said.

"'Baby brain' is most likely to be noticed by mothers-to-be and those closest to them, with women remaining within normal ranges of memory and cognitive function."

Lapses were more likely be minor such as forgetting or failing to book medical appointments, rather impaired performance at work, or an inability to navigate complex tasks.

Professor Byrne said the results were consistent with recent findings of long-term reductions in brain grey matter volume during pregnancy.

"It looks like the reason pregnant women have grey matter reduction is because they're probably recruiting those areas to more important areas associated with the business of child rearing - so things like bonding, and social cognition," she said.

'I left my handbag in a restaurant'

Alina Tooley is looking forward to giving birth to her first baby - a girl - in a few days.

But the 42-year-old project manager is also looking forward to the end of the pregnancy-induced fog known as "baby brain".

"I'm usually quite intelligent, so it came as a bit of a shock when I put things that should be in the fridge in the cupboard, or left my keys in strange places," she said.

"I left my handbag in a restaurant, which is something I'd never usually do normally."

Ms Tooley had no problems carrying out her job, but she did misplace her car while doing Christmas shopping last month.

"I was out at the local shopping centre and I had absolutely no idea where I parked the car, and I spent about 45 minutes walking around looking for it," she said.

Ms Tooley has had a healthy pregnancy, so a little fogginess has not bothered her much.

"I'm not sure if this is something going on with the brain, or if I'm just so focused on getting ready for the baby that minor things just don't seem as important anymore," she said.

About four out of five women report experiencing cognitive changes during pregnancy.

Symptoms include forgetfulness, poor concentration and feeling they are "not as sharp" as normal.

"It's certainly a valid thing that women experience and report, and we know objectively now that there are these changes that occur," Associate Professor Byrne said.

The most notable change researchers observed was the decline in memory performance, particularly during the third trimester.

"It's more significant than the other areas we looked at, and this has been known for a little while," Associate Professor Byrne said.

Executive function was also reduced in the final stages of pregnancy.

"Women often report that multi-tasking seemed to be a bit harder [during pregnancy], and we found that was the case," Associate Professor Byrne said.

Changes are small and not visible to others

Associate Professor Byrne said the findings of the study should be "interpreted with caution".

"We're not talking about impairment that's going to stop [pregnant women] from doing things day-to-day that they normally would, or functioning in their job.

"It will be more a feeling they have that they're not quite as on the ball as they normally are," she said.

Researchers say the next step is understanding how these changes to cognitive function affect the lives of pregnant women.

"The impact of these effects on the quality of life and everyday functioning of pregnant women requires further investigation," Associate Professor Byrne said.

And it is not yet known whether brain function returns to normal levels after giving birth.