James Franco has been accused of sexual misconduct or inappropriate behaviour by five women, including students from his acting school, US media report. 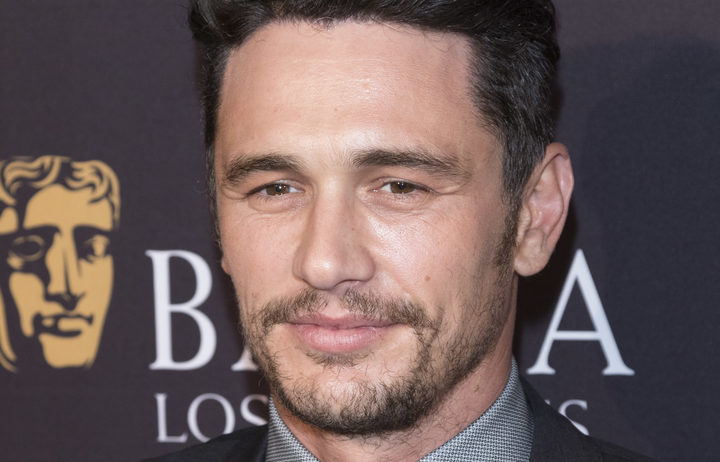 Four of the actor-director's former students and an actress who said Franco was her mentor told the LA Times they were victims of "an abuse of power".

It comes after claims against Franco on social media following his best actor win at Sunday's Golden Globe awards.

The star said the earlier allegations made on Twitter were "not accurate".

On Sunday, Franco attended the Globes ceremony wearing a Time's Up pin on his lapel, signalling his support for an initiative aimed at combating sexual harassment in the film industry and other workplaces.

That prompted accusations of sexual misconduct against the 39-year-old on Twitter from actresses Sarah Tither-Kaplan and Violet Paley.

Tither-Kaplan told the LA Times that Franco participated in an "abuse of power" on film sets designed to create a "culture of exploiting non-celebrity women".

She added that during a sex scene filmed three years ago with Franco and several women, the actor had removed plastic guards covering the actresses' genitalia while simulating oral sex.

Two other student actresses said that Franco had become angry during a photo shoot when they refused to remove their shirts and expose their breasts, the LA Times reports.

Franco taught a number of acting classes at two film schools opened in 2014, both named Studio 4.

Responding to a request from BBC, Franco's public relations representatives from Slate-PR agency referred to comments made by Franco during an interview earlier this week with talk show host Stephen Colbert.

"The things that I heard that were on Twitter are not accurate," Franco said then.

"I completely support people coming out and being able to have a voice because they didn't have a voice for so long. I don't want to shut them down in any way. It's a good thing I support."

Actress Ally Sheedy was among those to question Franco's appearance at the Globes, where he won an award for his role in The Disaster Artist, which details the making of notorious 2003 film The Room.

Sheedy posted a series of cryptic tweets during the ceremony, one of which asked: "Why is James Franco allowed in?"

"James Franco just won," another of her now deleted posts read. "Please never ever ask me why I left the film/tv business."

Actress Rose McGowan, a prominent campaigner against sexual misconduct in the entertainment industry, said on Twitter that Hollywood had been "selectively deaf" about James Franco.

Many attendees opted to wear black to express solidarity with victims of sexual abuse and harassment.