An Australian archaeologist may have debunked the myth that people in the Middle Ages did not live much past 40 by studying their teeth. 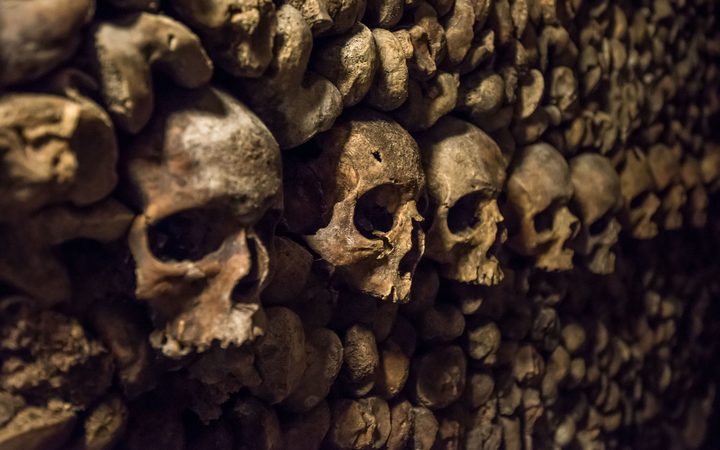 Teeth on people who died 1500 years ago told the story of their age. Photo: 123RF

Christine Cave, a scholar at the Australian National University (ANU), developed a new method for determining how old people were when they died, based on how worn their teeth were.

And her research suggests many more people lived to a ripe old age in medieval times than previously thought.

Over a five-year period, Ms Cave examined the teeth of more than 300 people buried in Anglo Saxon English cemeteries between 475 and 625 AD.

She determined several were older than 75 when they died.

"Teeth are wonderful things. They can tell us so much about a person, they are simply marvellous," she said.

"People sometimes think that in those days if you lived to 40 that was about as good as it got. But that's not true.

"For people living traditional lives, without modern medicine or markets, the most common age of death is about 70."

Ms Cave said up until now, older people had been largely ignored in archaeological studies because there was no accurate way to identify them beyond the age of 50.

"There are difficulties in aging older people, skeletally, because age is based on degeneration and people are very different," she said.

"You could have two old people who are the same age, and one is crippled with arthritis and can't move, while the other runs a marathon every week - so there's a great variation.

"A lot of skeletal reports are quite meaningless if you're trying to study the elderly ... Effectively they don't distinguish between a fit and healthy 40-year-old and a frail 95-year-old."

Ms Cave said her new method would give historians a clearer view of what life was like as an older person in the Middle Ages.

"If we want to understand past societies, we need to understand the whole society, not just the sexy warriors and beautiful princesses," she said.

Biological anthropologist Justyna Miskiewicz, also from the ANU, said it was a significant advancement on current ageing techniques.

"We normally just lump our age of death estimates into young, middle-aged, and old adult categories," she said.

"This now means the 'old adult' category is much wider, it's expanded, and so we have more to work from.

"It's incredibly significant and important."

Ms Cave next plans to sink her teeth into other age-detection methods to better understand older people in past societies.

"I want to examine the invisible elderly - that's what I call them - people who don't get noticed in most cemetery reports," she said.

Ms Cave's study Sex and the Elderly was published in the Journal of Anthropological Archaeology.