A worldwide record year for aviation safety for 2017 appears to have been claimed as a win for the Trump administration in a tweet from the US president. 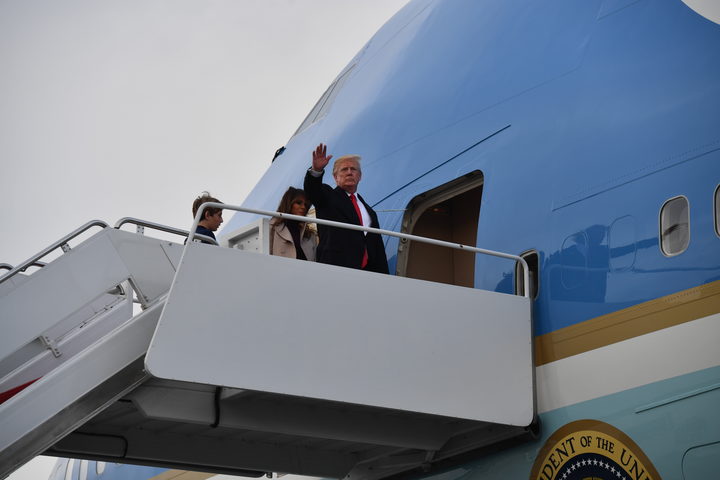 "Since taking office I have been very strict on Commercial Aviation. Good news - it was just reported that there were Zero deaths in 2017, the best and safest year on record!" he tweeted.

Since taking office I have been very strict on Commercial Aviation. Good news - it was just reported that there were Zero deaths in 2017, the best and safest year on record!

Aviation Safety data showed 2017 was indeed the safest ever year for commercial aviation in both the number of deaths and number of accidents, but that was a global statistic.

The US record remained the same as the previous year, which was also zero.

In fact, the last commercial passenger airliner crash in the US was the Colgan Air Flight 3407 in February 2009.

Mr Trump has also made few mentions of commercial aviation during his presidency, and his White House's policy to ban laptops and other electronic devices from carry-on luggage over fears they could be used to smuggle explosives has been criticised.

Air New Zealand has recently changed its policy to require any electronic devices with lithium-ion batteries to be held in carry-on luggage.

The batteries could explode and cause fires because of pressure changes, and it would be difficult for crew to fight fires in the hold.

US aviation safety regulator FAA has reported there is on average one such fire every 10 days.

The Aviation Safety Network - which records both passenger and cargo flights - reported a global total of 10 fatal airliner accidents that left 79 people dead, with 35 of those on the ground. The rate of deadly crashes was about one in 7,360,000 flights.

There were two crashes on New Year's Eve - a seaplane that crashed in Sydney killing the six Britons aboard, and a crash in Costa Rica that left all 12 people on board dead.

However, there were no fatal passenger jet airliner accidents in the year.

Aviation consultancy To70 also reported the record, saying it was much better than could reasonably and statistically be expected.