Prince Harry and Meghan Markle have released a series of portraits by a New York-based fashion photographer to mark their engagement.

The portraits were taken by celebrity photographer Alexi Lubomirski earlier this week at Frogmore House, a royal-owned country house in Windsor. 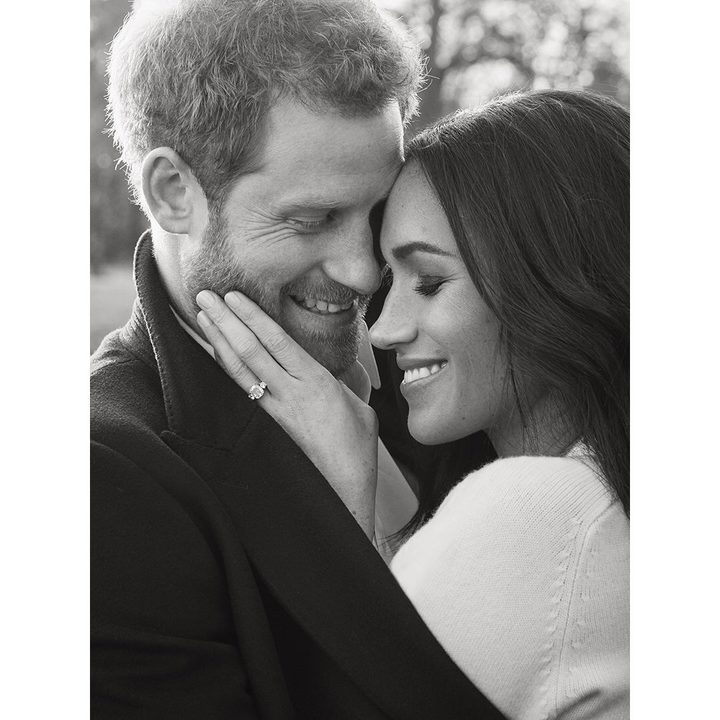 An intimate black and white image of the smiling couple, shot on the grounds of Frogmore House, shows Ms Markle in a white sweater holding the prince's face, with her engagement ring prominent.

The other, more formal, shows the couple hand in hand on the steps of Frogmore. Prince Harry is dressed in a blue suit while Ms Markle is wearing a black and gold embroidered dress by British luxury fashion house Ralph and Russo. 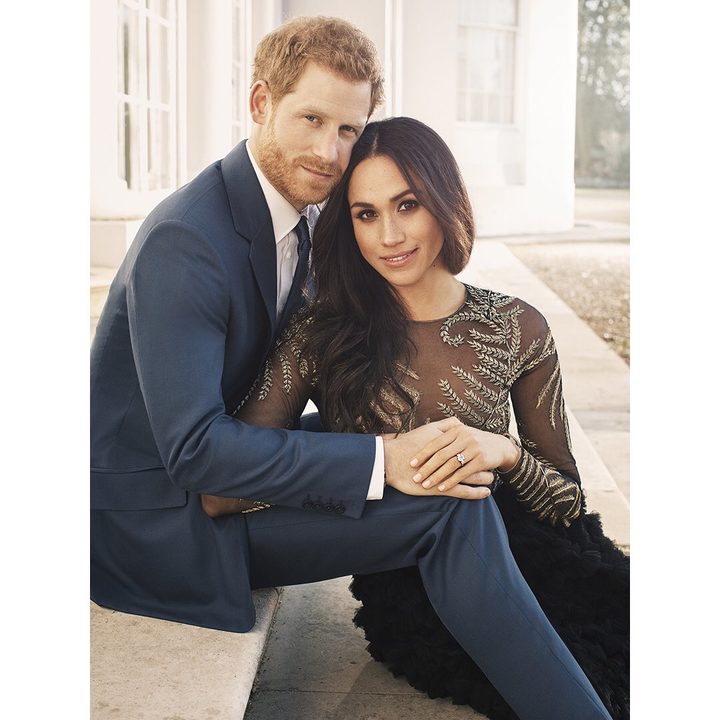 New York-based Mr Lubomirski is a former assistant to Mario Testino, who created some of the most famous images of Prince Harry's mother, Princess Diana. Mr Testino took the Duke and Duchess of Cambridge's engagement pictures at St James's Palace in 2011.

"I cannot help but smile when I look at the photos that we took of them, such was their happiness together," Mr Lubomirski said.

Kensington Palace later released a third "candid" photo as a thank you for the well wishes from the public. 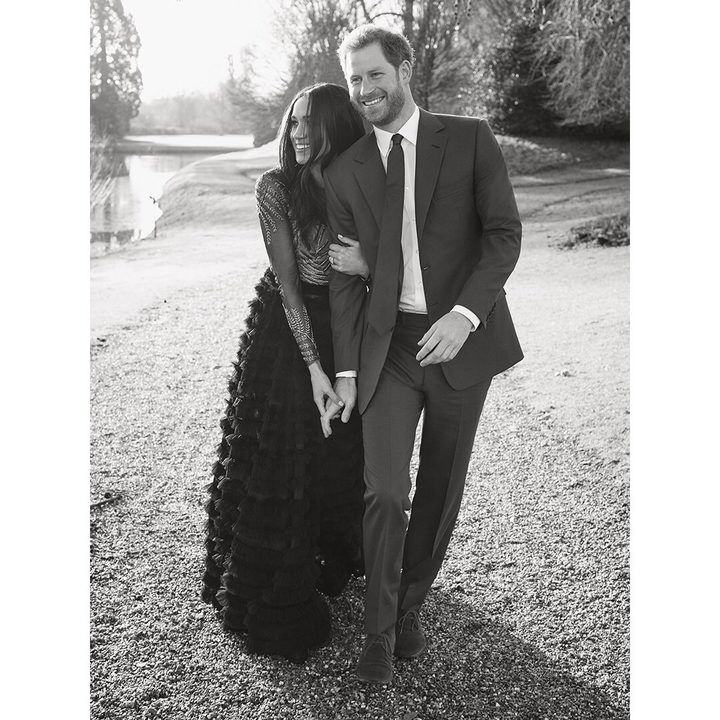 Tweets from Kensington Palace thanked the public for their "wonderful comments" following the release of the photos, adding the couple was "so grateful for the warm and generous messages".

Prince Harry, the fifth in line to the British throne, will marry Ms Markle on 19 May at St George's Chapel, Windsor Castle.

The event will take place just a month after the Duke and Duchess of Cambridge are expected to welcome their third child to the family.