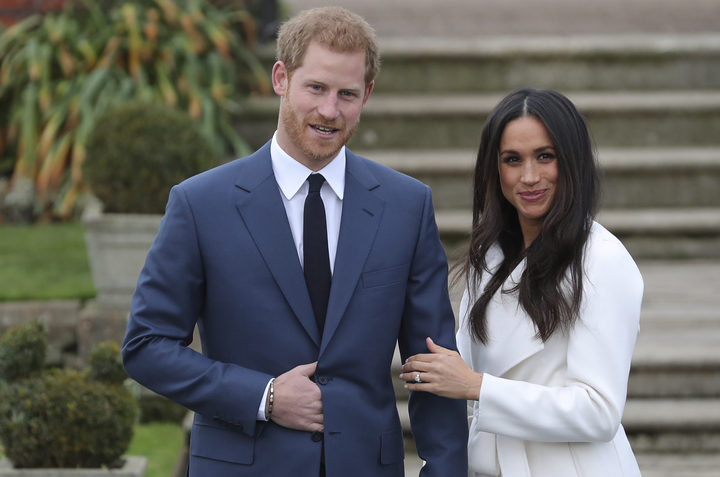 Prince Harry and Meghan Markle after the announcement of their engagement. Photo: AFP

The couple have chosen to marry in Windsor because it is "a special place for them", Prince Harry's spokesman told reporters.

"The wedding will be a moment of fun and joy and reflect the characters of the bride and groom," he said.

The Royal Family will pay for the wedding, including the service, music, flowers and reception. The date will be announced later.

Ms Markle, 36, who attended a Catholic school as a child but identifies as a Protestant, will be baptised into the Church of England and confirmed before the wedding.

A spokesperson for the prince, Jason Knauf, said the pair would make sure the wedding "reflects who they are as a couple".

Prince Harry, and Ms Markle were "leading the planning process for all aspects of the wedding" and were working through ideas on how members of the public could "feel part of the celebrations", he said.

Mr Knauf said the couple had spent time at Windsor together since meeting in July 2016.

He also revealed that the American actress intends to become a British citizen and will work towards it in the coming years. She will retain her US citizenship while she goes through the process.

Harry, 33, who is fifth in line to the throne, and Ms Markle announced their engagement on Monday.

Mr Knauf said it was "an incredibly happy day" for the couple and they were "overwhelmed by support from the UK and around the world".

The prince and Ms Markle will carry out their first official engagement together in Nottingham on Friday.

They will go on a walkabout and visit the Nottingham Contemporary which is hosting a Terrence Higgins Trust World Aids Day charity fair, and Nottingham Academy to meet head teachers.

Their spokesman said Ms Markle would not be continuing her work on gender with the United Nations or with other organisations, and instead would start new charity work as a full-time royal.

She is to become the fourth patron of the Royal Foundation of the Duke and Duchess of Cambridge and Prince Harry.

Speaking during a visit to the Foundling Museum in London on Tuesday, the Duchess of Cambridge said both she and Prince William hoped the couple "enjoy this happy moment". 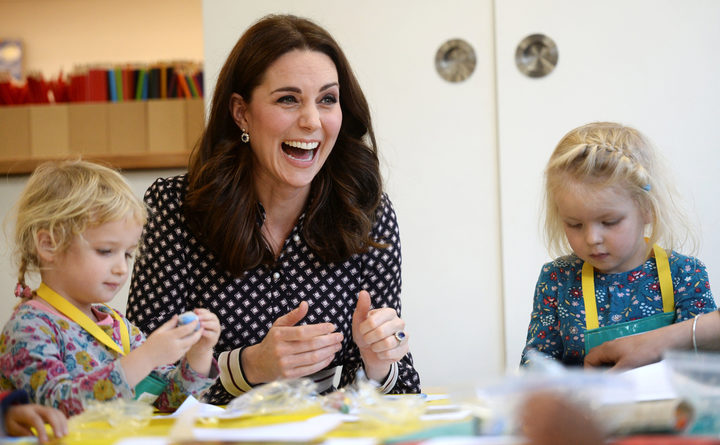 The Duchess of Cambridge said she and Prince William were absolutely thrilled" about the engagement. Photo: AFP

The Gothic St George's Chapel is located in the grounds of Windsor Castle, which has been the family home of British kings and queens for almost 1000 years.

Within the chapel are the tombs of ten sovereigns, including Henry VIII and his third wife Jane Seymour, and Charles I.

It was also chosen for the wedding of Harry's cousin, Peter Phillips, and Autumn Kelly in 2008. 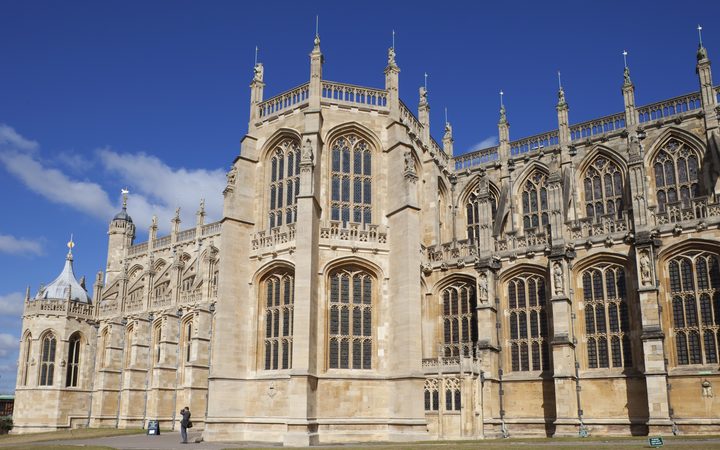 St.George's Chapel is in the grounds of Windsor Castle. Photo: AFP / Photononstop