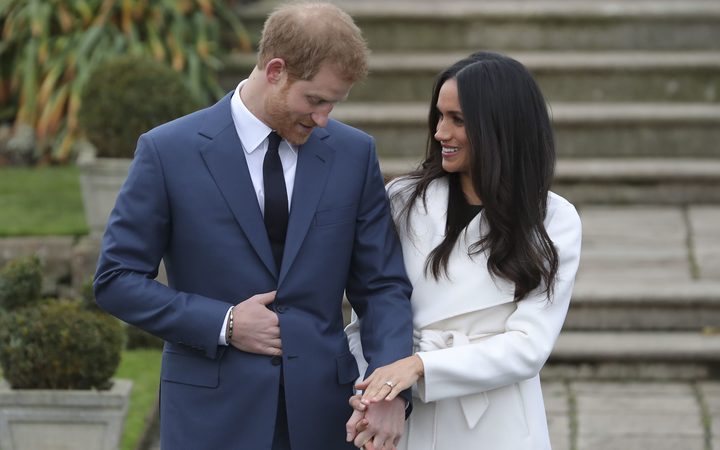 Britain's Prince Harry stands with his fiancée US actress Meghan Markle as she shows off her engagement ring at Kensington Palace in west London. Photo: AFP

The prince - who is fifth in line to the British throne - and the American actress announced today they will wed within six months, prompting a flood of congratulations from all over the world.

"Who isn't moved by someone's impending marriage? Particularly one of this scale," Ms Ardern said.

She has written an official letter of congratulations to the couple and had sought advice on whether it would be appropriate to also send a card.

"Letters just feel a little bit impersonal to me," she said.

However the government would not be sending any gifts just yet.

"The tendency is not to send gifts for engagements but more often for the wedding itself, so that gives us plenty of time to think about what might feel appropriate and suitably Kiwi."

While she had no expectation of being invited to the wedding, Ms Ardern would be in London in April to attend the Commonwealth Heads of Government Meeting.

"It just makes people happy, I hope it all works out for them, we wish them all the best," he said.

A spokesperson for the Governor-General said Dame Patsy Reddy would also be sending a personal message to the couple.

"While she would be delighted to attend their wedding we will obviously just have to wait and see."