The sister of the Duchess of Cambridge, Pippa Middleton, has wed the hedge-fund manager James Matthews. 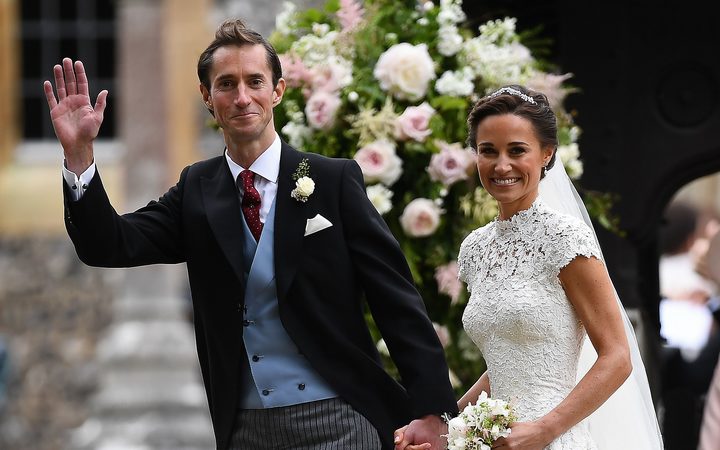 Miss Middleton, 33, who is the younger sister of the duchess, married 41-year-old Mr Matthews at St Mark's Church in Englefield, Berkshire.

The bride was accompanied by her father, Michael, as they arrived at the church a few miles from the Middleton family home in Bucklebury.

There was strict security in place on the estate, with villagers being asked to carry ID on the day, and asked not to speak to the press.

But the bride received a rousing cheer from around 100 royal fans and residents as she arrived.

Prince Harry, Princess Eugenie, the Duke and Duchess of Cambridge and Roger Federer and his wife Mirka were among the guests at the church. 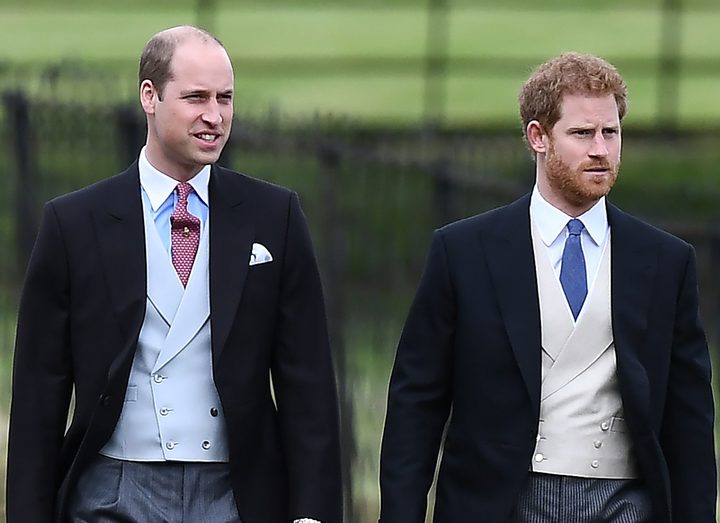 A heavy downpour that started minutes after the beginning of the service ended a few moments before the church doors opened.

Wedding bells rang out just before 12.30pm (local time) as the new husband and wife walked hand in hand along the church path.

The bride's nephew and niece, Prince George and Princess Charlotte, were page boy and flower girl.

Miss Middleton's diamond engagement ring is reported to have cost £250,000 - nearly 10 times the budget for the average wedding day.

But details of the couple's wedding bands have not been revealed. 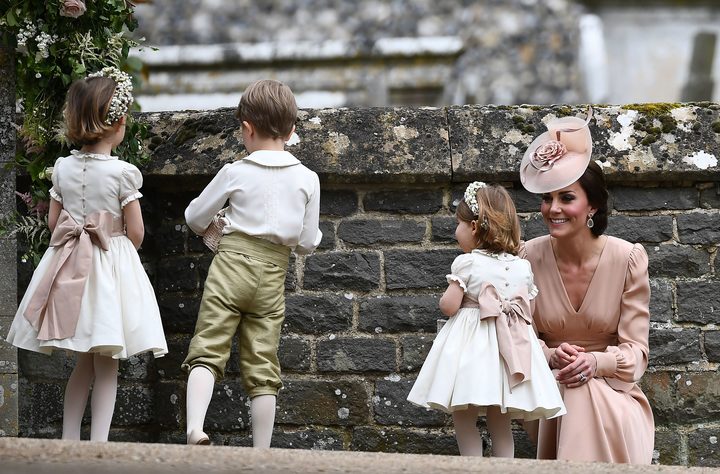 The Duchess of Cambridge with her daughter, Charlotte. Photo: AFP

Englefield resident Elizabeth Mary Reeves sported a silver wristband with the wedding date 20.05.17 printed on, given exclusively to locals who were let into the private church grounds to get a better look.

She said of the bride: "She stood and waved and looked just lovely. As all brides do, they glow, no matter how expensive their dress is.

The 68-year-old, whose daughter and son married at the same church, said the bride and groom looked "very happy" as they waved to the small crowd gathered on the church green.

"(Prince) George was waving, (Princess) Charlotte was waving and Kate stooped next to them.

After the ceremony, guests will celebrate the marriage in a large glass marquee, erected on the Middleton family's property.

Among the members of the public who gathered in the village was Meryl Elizabeth Evans, from south Wales.

"It's a nice atmosphere, everybody's friendly, it's just a nice country feel to it," she said.

"We've met people from around the world, and the camera crews are from everywhere. It is the wedding of the year, isn't it?"