Australian Prime Minister Malcolm Turnbull has struck out at Beijing, speaking Mandarin to declare he will "stand up" for Australians with his tougher foreign interference laws. 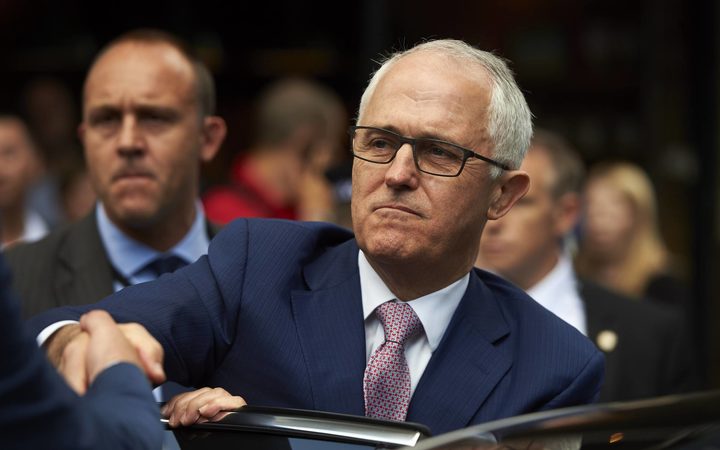 Mr Turnbull used unusually sharp language to reject China's complaint against him, after he raised concerns this week about Communist Party influence in domestic politics.

"And we stand up and so we say, the Australian people stand up.

"There has been foreign interference in Australian politics."

When announcing new espionage legislation on Tuesday, Mr Turnbull mentioned his concerns about Chinese influence in domestic politics, but insisted the laws were not focused on any one country alone.

Beijing took that personally and fired a diplomatic warning shot, arguing the remarks had "poisoned" the atmosphere of China-Australia relations.

"We are astounded by the relevant remarks of the Australian leader. Such remarks simply cater to the irresponsible reports by some Australian media that are without principle and full of bias against China," Mr Geng said at a regularly scheduled briefing.

Mr Turnbull said he was right to be worried about the role foreigners play in domestic politics, especially after Labor senator Sam Dastyari let a Chinese donor pay a legal bill for him.

China trying to 'end Australia's alliance with US'

Defence analyst Malcolm Davis, from the Australian Strategic Policy Institute, said Beijing was trying to intimidate Australia by complaining about references to its interference in domestic politics.

"They are trying to intimidate us and what we have to understand is the reports of Chinese infiltration and attempts to manoeuvre and manipulate Australian politics and Australian political debate are legitimate," Dr Davis said.

"The Chinese are seeking to interfere in our political process."

Mr Davis argued Beijing was trying to gain a strategic advantage in the region.

"Ultimately, their goal is to have Australia become more pro-China, less pro-US, align with Beijing and distance itself from the United States and ultimately end the alliance," he said.

"Everyone understands what China is about, the difference is now we are starting to fight back against them."