The Australian government's just-released Foreign Affairs White Paper attempts to gaze into a crystal ball and see the world a decade into the future. An ambitious undertaking, considering the wild rapids rocking world affairs today. 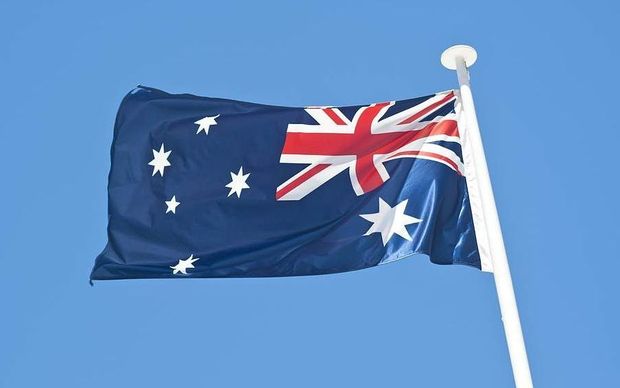 While a lot of the 130-page document is devoted to probing anxieties about the United States-China relationship and Australia's place within it all, to the pleasure of Pacific scholars, Canberra has also placed significant importance on the Pacific Islands.

Beyond the diplomatic platitudes of shared heritage, interests, and longstanding ties, the paper announced a significant surge in its interests in measures like labour mobility, including going as far as recognising that "new approaches will be necessary" to how it deals with island countries.

Stephen Howes, from the Australian National University, said the White Paper contained one of Canberra's strongest commitments to its own backyard in recent memory.

"It singles out our relationship with the Pacific and deepening that relationship as one of the five top objectives for Australia. I think that in itself is interesting," said Professor Howes.

"The Pacific doesn't normally have that high a profile in foreign policy discussions."

Inside, an entire chapter is devoted to the Pacific (A shared agenda for security and prosperity, it's called), making supporting the region's development one of the Canberra's key aims.

"The stability and economic progress of Papua New Guinea, other Pacific island countries and Timor-Leste is of fundamental importance to Australia," it said. "Our ties with these neighbours are long-standing and will be enduring."

From here, it lays out a plan to support labour mobility, something Australia was once reluctant to do; enhance security partnerships; the prospect of shared services, such as allowing Nauru, Tuvalu and Tonga to access Australian pharmaceutical testing; and fostering greater people-to-people relations.

That's a dramatic change from the last White Paper in 2003, which characterised the Pacific Islands as fraught with instability and governance issues, while alluding to the possibility it could be a breeding ground for extremism.

Dr Howes said the 2017 paper took a more optimistic tone and, significantly, recognised that a new approach was needed - in part an acknowledgement of Canberra's image problem of being an overbearing power.

However, it's not all altruism. Dr Howes said the new approach was also underlined by strategic concerns, particularly with a rising interest from distant powers - particularly China. 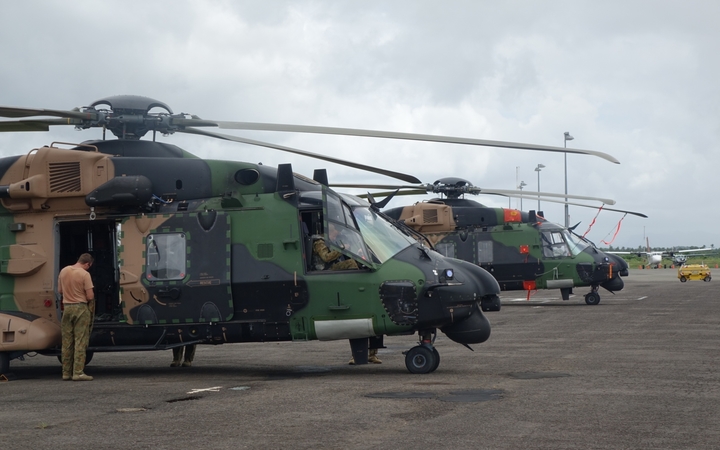 The Australian Defence Force also works out of the air transport aid hub at Nausori near Suva Photo: RNZI/Sally Round

"It's partly driven by a feeling we've only been paying lip service - we really have to deliver," said Professor Howes.

"But it's also driven by this feeling that other powers are entering the Pacific and challenging Australia's role in the Pacific, so if we're not careful we're going to be marginalised.

Australia remains the largest power in the region and is still, by far, the largest aid donor. For all the talk of China's increased spending, its nearly US$2 billion pales in comparison to Australia's US$7 billion, according to figures from the Lowy Institute.

But in Australia itself, Pacific issues are often far from the priorities of the Canberra classes compared to Asia, the United States and even the Middle East. The shadow defence minister, Richard Marles, said this needed to change.

"It's really important that Australia makes clear that we are that country."

Throughout, the White Paper talks a big game about climate change and overfishing in the region, and the disastrous effects it could have "on Australia's doorstep".

But Australia is also the world's number one coal exporter and in recent years the country's been slated by Pacific leaders for its lack of ambition in the battle against climate change.

"Unfortunately, our domestic climate change policies are … they're definitely not world leading."

Still, Mr Pryke said the high priority given to the Pacific was welcome - and overdue.

Professor Howes agreed, but said what followed the White Paper would be most important.

"The real test will be in implementation, because the history of Australia's engagement with the Pacific is really one based around announcements," he said.

"We've had moments of enthusiasm where we have taken on new initiatives, made new announcements, but then because it's not really that important in the scheme of things we've tended to be diverted and lost the momentum."

And, at the end of the day, the White Paper is just a plan - sometimes events get in the way.

While the paper is optimistic, and the region is far from the petri dish of terrorism it was feared to be in 2003 (it was hardly a realistic assessment then, too), there are still frailties and events that could tip things at any moment.

The uncertainties of the wider world - the rise of China, North Korea, the South China Sea, an unsettled Europe, the United States and Twitter, to name a few - could also throw attention away from the Pacific.

But even in the benign Pacific, Professor Howes gave one striking example.

The 2003 Foreign Affairs White Paper, and then-foreign minister Alexander Downer, both resisted intervention in foreign countries, saying Australia could only help those that wanted to help themselves.

"Australia cannot presume to fix the problems of the South Pacific countries. Australia is not a neo-colonial power. The island countries are independent sovereign states. They want and need to tackle their problems in their own way," the White Paper said.