The fear of Chinese government intrusion into Western universities is sparking a push by Australia's closest allies for a more coordinated response to Beijing's aggressive tactics. 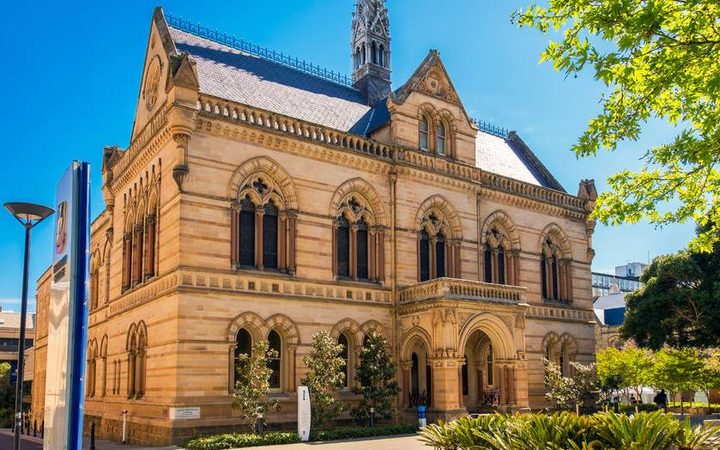 The head of Department of Foreign Affairs and Trade, Frances Adamson, spoke at Adelaide University and warned that Australian universities needed to be resilient to foreign interference. Photo: 123RF

Having observed attacks on academic freedoms in the United States, the United Kingdom, Canada, Australia and New Zealand - discussions have begun in diplomatic and security circles about whether the Five Eyes intelligence partners should respond collectively to the threat, so there are no "weak links" which can be exploited.

So far nothing formal has been proposed but senior national security figures have told the ABC Australia is taking a "leading role" in publicly highlighting the situation.

The concerns over China's activities were brought starkly into focus last week in a rare public speech by the head of the Department of Foreign Affairs and Trade, Frances Adamson, who warned Australian universities needed to be resilient to foreign interference.

"The silencing of anyone in our society from students to lecturers to politicians is an affront to our values," Ms Adamson told the Confucius Institute at Adelaide University.

Her contribution has been noted by senior government figures and the diplomatic community as a deliberate and important acknowledgement of the gravity of the situation.

Ms Adamson's intervention is the latest in a series of tougher statements from Australian officials condemning Beijing's activities, which began with the Prime Minister's comments on the South China Sea during the Shangri-La dialogue in June.

"Australia is giving China what it wants in terms of education for its students - so it's time for the Federal Government to insist the Chinese comply with Australia's values and interests," a senior foreign diplomatic figure told the ABC.

The Canberra based diplomat concedes any move by Australia to clamp down on Chinese interference would need to be matched by other Five Eyes intelligence partners who compete heavily to attract the same international students to their universities.

One of the most senior national security figures in Australia says there is now a "like mindedness and shared understanding" among Five Eyes allies of how China's pervasive and subversive influence has penetrated into each nation.

Earlier this year a Four Corners investigation revealed the extent of influence by the Chinese Communist Party on international students studying in Australia.

Last year security concerns were raised over plans to install Chinese-owned technology on a powerful supercomputer used by government agencies and Australian universities.