Thousands more Californians have had to flee their homes because of massive wildfires ripping through the south of the state. 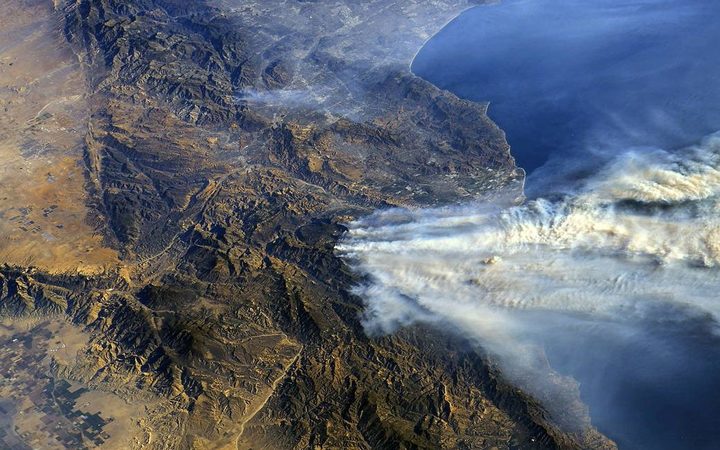 Almost 200,000 people have evacuated ahead of the fires, which have destroyed hundreds of homes and forced hundreds of Los Angeles-area schools to close.

Authorities have issued a purple alert - the highest level warning - amid what it called "extremely critical fire weather".

But there was some respite as the desert Santa Ana winds did not turn out to be as ferocious as feared.

The fires, which broke out on Monday and Tuesday, have reached into the wealthy enclave of Bel-Air on Los Angeles' West Side. Some major highways in the densely populated area were intermittently closed. 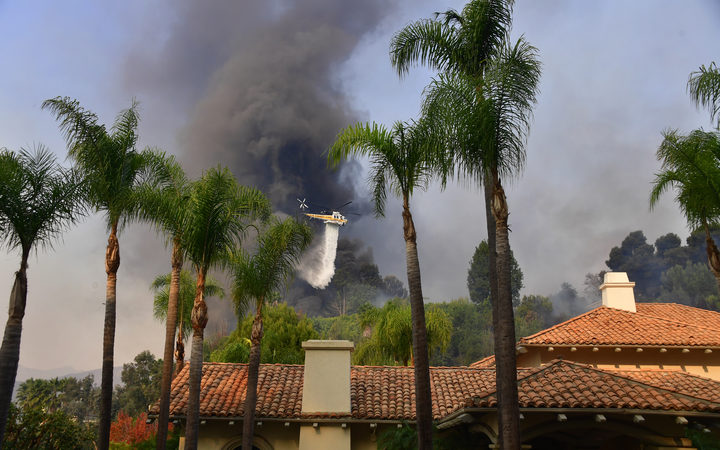 Firefighters and helicopters sprayed and dumped bucketloads of water to try to contain the flames against a backdrop of flaming mountains and walls of smoke.

About 100 firefighters fended off flames in the seaside enclave of Faria Beach, caught between burning mountains and the Pacific Ocean, northwest of Ventura. Fires spread down the smoking hills, jumping the heavily used US 101 highway, and headed toward clusters of beach houses. Firefighters lined up along a railroad track, the last barrier from the flames.

About 5000 firefighters have been battling four brushfires that have damaged about 150 buildings in the south of the state.

No civilian casualties or fatalities have been reported but three firefighters were injured, the Los Angeles Fire Department said. A woman's body was found in a burned-out area in Ventura County but an official told the Ventura Country Star the death may have been a car crash and it's unclear if it was fire-related. 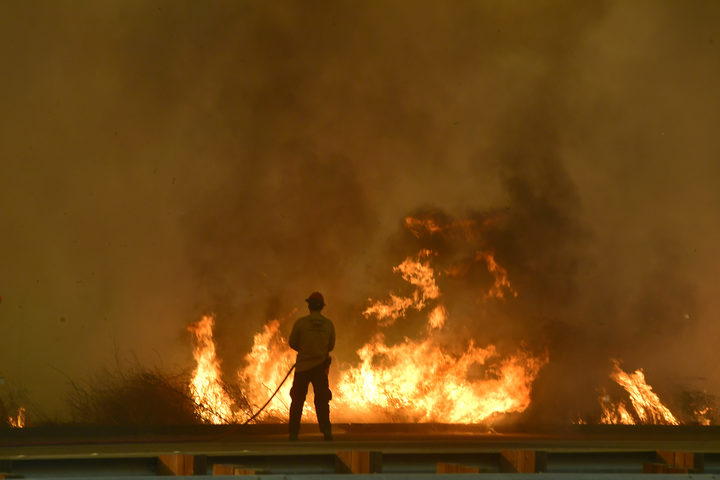 A firefighter battles flames near the US 101 highway in Ventura County. Photo: AFP

Because of the heavy smoke, the South Coast Air Quality Management District warned residents, especially the elderly, children, pregnant women and people with respiratory diseases, to stay inside. Ventura County authorities said air quality in the Ojai Valley area was hazardous with "numbers ... off the charts."

Hundreds of schools in the Los Angeles district and dozens in Ventura County were closed. The University of California, Los Angeles is outside the evacuation zone but cancelled all classes on Thursday given the situation was so uncertain.

The largest of the blazes, the Thomas Fire in Ventura County, charred about 39,000 hectares. The fire has destroyed more than 150 homes and threatened thousands more in Ventura.

In the wealthy Los Angeles enclave of Bel-Air, firefighters were seen removing artwork from luxury homes on Wednesday as the Skirball Fire raged.

The neighbourhood is home to celebrities and business leaders from Beyonce to Elon Musk.

An estate and vineyard owned by Rupert Murdoch also suffered some damage. The media mogul said in a statement: "We believe the winery and house are still intact." 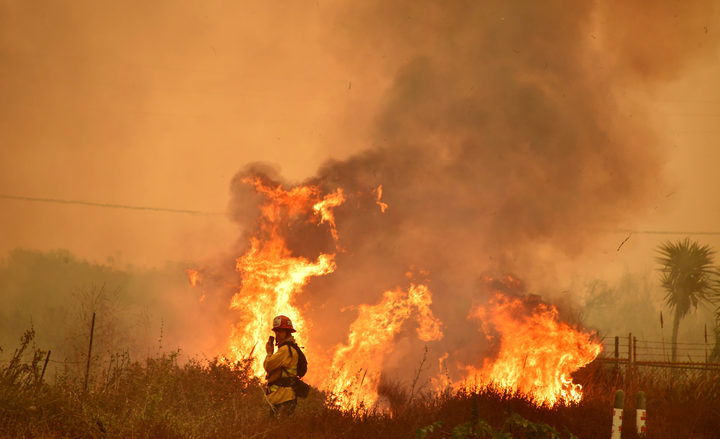 The newest blaze, the Lilac fire, in San Deigo's North County, has scorched at least 60 hectares.

In the San Fernando Valley north of Los Angeles, the Creek Fire destroyed at least 30 homes and forced the evacuation of 2500 homes and a convalescent centre. It wsa only was only 10 percent contained.

Another blaze, the Rye Fire, threatened more than 5000 homes and structures northwest of Los Angeles.

The White House said it was in contact with Californian authorities and ready to offer whatever help is needed.