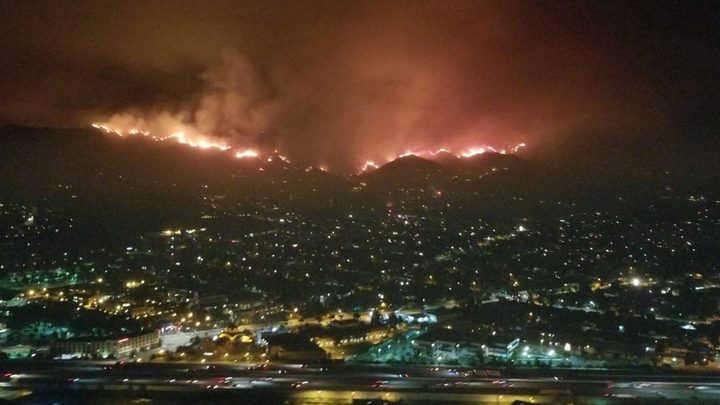 NZ’s Consul General to the US, Maurice Williamson is on the outskirts of LA and updates us on the terrifying wildfires hitting California which he says are spreading the length of a football field every second.

He says one of the uncontained fires is very close to his neighbourhood of Brentwood and locals have been warned to be ready to evacuate at short notice.

The getty museum is also closed to try and protect the art from the thick smoke around the city. Some schools have closed as well due to the smoke.

OMG - the Los Angeles fires are huge and very scary. My suburb of Brentwood is covered in dense smoke and light ash. My heart goes out to all who have lost property and to all the first responders doing an amazing job fighting the fires ?