According to international media coverage, the main problem with Gunung Agung's eruption is that the airport is closed and tourists cannot get in or out. 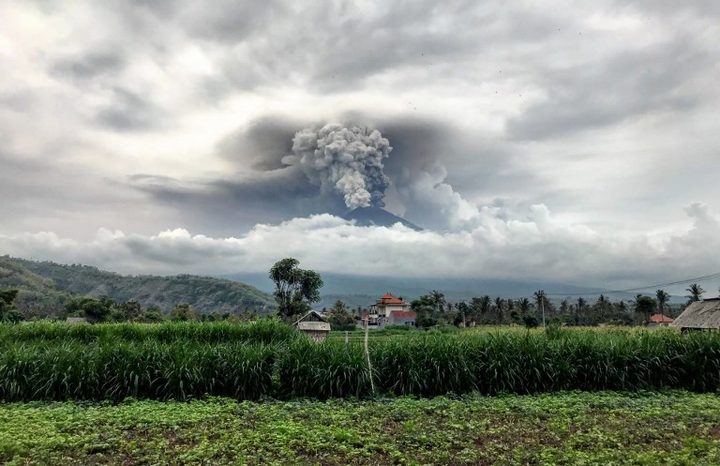 The people of East Bali are largely invisible in these reports, but they too are worried about getting home. While they are well aware of the physical danger, for them, the mountain also represents spiritual elevation and power. It embodies a god and its rumbles are a sign of the god's displeasure.

While Balinese are nominally Hindu, their most immediate spiritual relationships are with their ancestors and a host of other invisible beings related to the landscape and forces of nature.

A month ago, people close to Mt Agung were told to evacuate, but they gradually drifted back to their homes and livelihoods. Now, they can see the glow of lava reflected in the night sky and local rivers running grey with cold lahar - all signs reminiscent of the last eruption in 1963.

The alert has been raised back to the highest level of 4 and a 10km evacuation zone has been re-established around the crater, affecting about 150,000 people.

Nobody wants to evacuate. It means abandoning homes, crops, animals and livelihoods, for an unknown time and an uncertain future. But people are doing it not just because the government is telling them to, but also because of what happened last time. 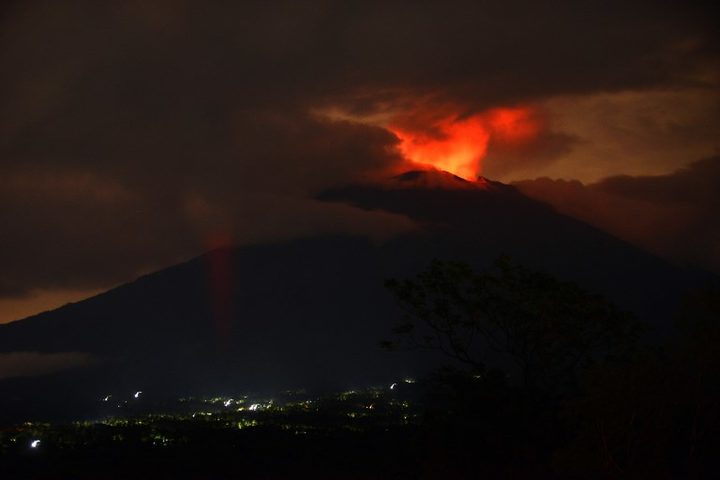 The volcano and the god it embodies feature in most stories about the origins of Balinese culture, religion and political order. While not many people remember Mt Agung's last eruption, there are stories and physical traces in the form of deep lava fields and the fertility of soils that have maintained some of the most productive rice fields in the world for at least a millennium.

Gunung Agung means "great mountain". It is the tallest of a cluster of volcanoes across the island, part of a much longer chain that extends through Java to the west and Lombok to the east. Thousands of people live on its slopes, tens of thousands around the foot of it and hundreds of thousands within the zone of previous lava flows and ash falls.

Mount Agung is what geologists call a stratovolcano. They do not erupt often but when they do it is usually in violent explosions. They often create lethal combinations: rains of heated rock and ash, poisonous gases, and massive, fast moving flows of lava supercharged with gases and other materials (known as pyroclastic flows).

The official Agung death toll in 1963 was around 1500, but the reality was more like 2000. Most were killed by pyroclastic flows, which buried whole valleys and villages. Some people fled but others saw the eruption as the work of the gods and stayed and prayed as the lava advanced. Some survived, most did not.

Anna Mathew's little known book The Night of Purnama, observed and written from a village high on the slopes, tells of a build-up eerily similar to what is happening now, culminating in a series of massive eruptions with a catastrophic aftermath. The falling ash destroyed crops across the eastern half of the island. Widespread hunger and dislocation followed. People ate the trunks of banana trees to survive and young men took to the roads in search of work and food. 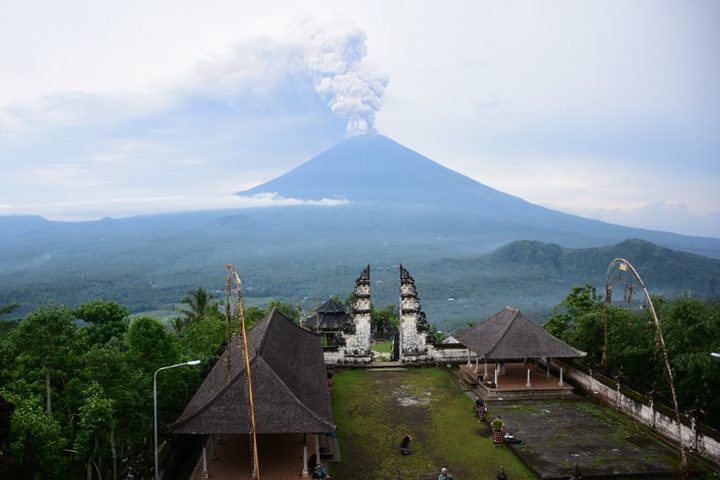 Indonesia in 1963 was not a happy place. After 16 years of independence, it had serious economic problems, fragile food security and growing political instability. Sukarno, the first president, retained a fragile grip on power, but was threatened by the growing strength of a huge communist party, asserting the rights of landless farmers and sharecroppers.

The previous year a plague of rats had decimated the rice crop, proving that the gods were offended and more disasters would follow. Religious leaders and scholars debated whether the time had come for the Eka Dasa Rudra, the greatest island-wide ritual of purification and re-establishment of order. It is normally held at the turn of a (Balinese) century but may also be held in times of crisis to avert greater disasters.

Meanwhile Sukarno was casting around for sources of foreign exchange, and eyeing the lucrative growth of tourism in countries such as Thailand. He decided to promote tourism, with the dazzling religious and artistic culture of Bali as its centrepiece. He invited the Pacific Asia Travel Association to hold their convention in Bali and timed it to coincide with the Eka Dasa Rudra.

The ceremony is held at Besakih, a major temple of island-wide significance perched high on the southern slope of Gunung Agung. During the preparations the mountain began doing what it is doing now. The previous eruption had been 120 years earlier, so there were no living memories to go by. Balinese leaders interpreted this as a warning from the gods that something was wrong. They called for postponement, but were overruled.

The ceremony began amid smoke and falling ash. As it proceeded, the real eruption began, blasting molten rock high into the air and pouring lava down its sides. Besakih survived, but the ceremonial gateway built to honour Sukarno was the first casualty of the gods' displeasure. The catastrophic outcome and aftermath were seen as clear evidence of Sukarno's loss of favour with the gods. He was deposed two years later.

Since 1963, population and density in Indonesia have more than doubled. More people live on the slopes of the mountain and higher up. On the other hand, most people are less dependent on local subsistence crops and infrastructure for delivery of food relief. Escape has also improved enormously. Likewise the evacuations should reduce the immediate impact on life and health.

If this eruption continues to follow the pattern of 1963, the consequences for tourism, agriculture and livelihoods in general are likely to be greater than those of the terrorist bombs in 2002 and 2005. Most Balinese will agree that it is the doing of the gods, but there will be different interpretations of their reasons, ranging from violations of the sacred mountain by tourists and sand mining, to broader reflections on the direction of development and its social and environmental consequences.

But the solution will be the same as after the bombs - ritual, bigger and better than ever, which will address the supernatural causes and attract the tourists back at the same time.

If the big eruption doesn't happen, the ash clouds will drift away, the planes will fly again, everyone will return to business as usual. It will all be forgotten, along with the evacuees - until next time.

This article first appeared in The Conversation