Some of the images coming out of Mt Agung, the volcano in Bali which could be on the brink of a major eruption, have been spectacular. 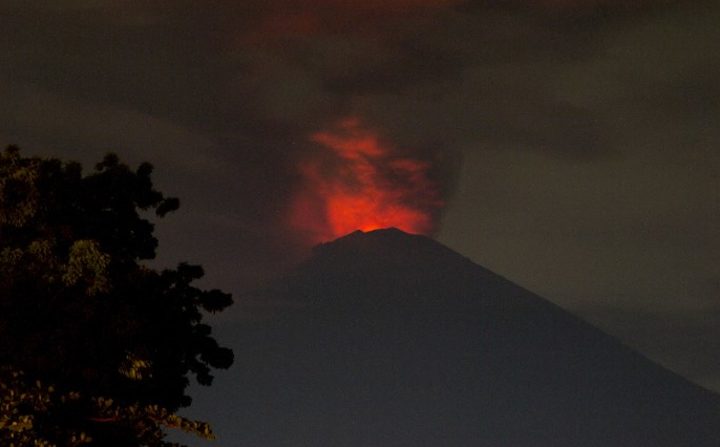 The alert level has been raised to its highest by the Indonesian authorities and the island's airport is closed, leaving thousands stranded. More than 100,000 people have been told to evacuate.

But the pictures also tell the story of what is going on inside, as Kiwi vulcanologist Janine Krippner explains.

Over the last two months Mt Agung has seen increased seismicity. This is the increased fracturing of rocks inside the volcano as magma, a volatile mixture of molten rocks, fluids and gases, moves from deep within the earth right up to the top.

In the past week we have seen thick plumes of steam and ash being belched out, as well as lava glowing at the surface of the crater, and flowing rivers of cold mud down river valleys.

In most of the first pictures of the mountain two months ago, you wouldn't have been able to tell there was an eruption brewing. That information came to us from the data within the mountain that detected its increased seismicity - and from tremors that began shaking the area.

The most you would have seen is steam rising up, which was simply the water inside the volcano heating up and coming out of its surface.

The mix of volcanic ash and lava that make up the mountain is like a sponge - and in rainy Indonesia the water soaks onto it and is held there until it gets heated up. 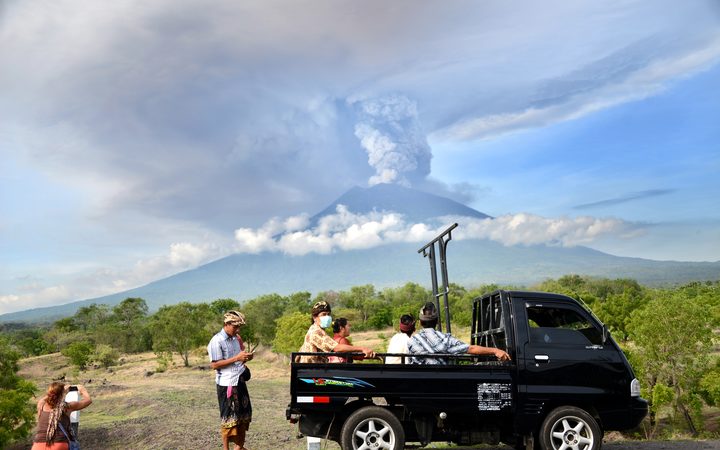 Since then it has been relatively quiet and this is typical for a volcano. These fluctuations in activity are what makes it so hard to predict.

This was a phreatic eruption - the expulsion of pressurised steam from inside the volcano because the magma within is heating up water. This can lead to a build-up of pressure which causes an explosion blasting rock and bits of the crater into tiny pieces of ash.

The magma has been moving up from inside and it's breaking rock as it goes along. As the magma moves up, water inside the volcano heats up, steam builds up pressure and it gets to a point where the rock just can't hold it back any more. That is what we are seeing now. 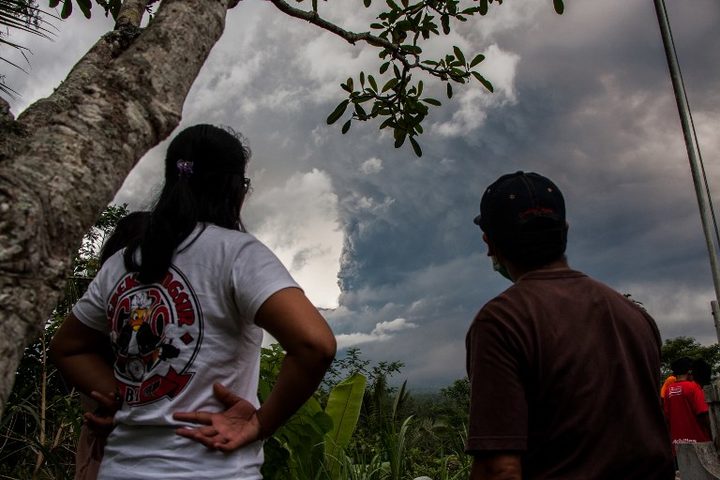 So the magma has moved so high up the volcano there was not enough rock to hold it back, so it is being blasted into tiny pieces of ash and being spread about. Rocks, glass and crystal are flying out of the volcano.

If the eruption columns or plumes of ash are going straight up regardless of wind, it means the velocity is very high. The speed at which it comes out and the amount of ash determines how high a plume can get.

In the 1963 eruption of Mt Agung, eruptions reached as high as 26km above sea level.

At volcanoes like Agung, the magma can travel 5-15km to the surface from deep within the earth leading to an eruption.

At night, the orange glow at the surface of the crater is simply incandescence because it is just so hot. The magma is at the surface, and as it reaches the surface it becomes known as lava.

One of the reason the authorities increased the alert level to four is because the magma is getting higher and higher - and these images show exactly how high it is now.

But the magma is not responsible for the spectacular images of pink and orange hues in the smoke at dawn. That is simply the sunrise being reflected by the ash plume - the sun's rays hitting the volcanic ash.

The very latest images out of Bali point to a new development, which are volcanic mud flows - or lahars. The ash and rock depositing around the volcano when combined with rain can create dangerous fast-flowing rivers with the consistency of water up to wet concrete, and that can move and raise the river level very quickly.