A North Korean who defected at the heavily guarded Demilitarised Zone was shot at least five times and is in a critical condition, South Korea says. 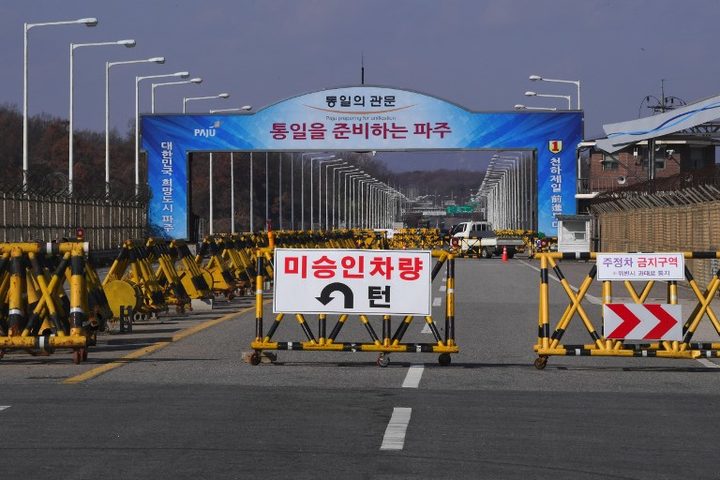 A barricade is set on the road leading to the truce village of Panmunjom at a South Korean military checkpoint near the Demilitarized Zone (DMZ). Photo: AFP / JUNG Yeon-Je

The soldier crossed to the South Korean side of the Joint Security Area (JSA) the village of Panmunjom on Monday.

He had driven near the JSA, but was forced to finish his journey by foot when a wheel came lose, the South said.

North Korean troops shot at him 40 times - but he made it across and was found under a pile of leaves, it added.

About 1000 people from the North flee to the South each year - but very few defect via the Demilitarised Zone (DMZ), which is one of the world's most heavily guarded strips of land.

It is even more unusual for North Koreans to cross at the JSA, which is a tourist attraction, and the only portion of the DMZ where both forces stand face-to-face. 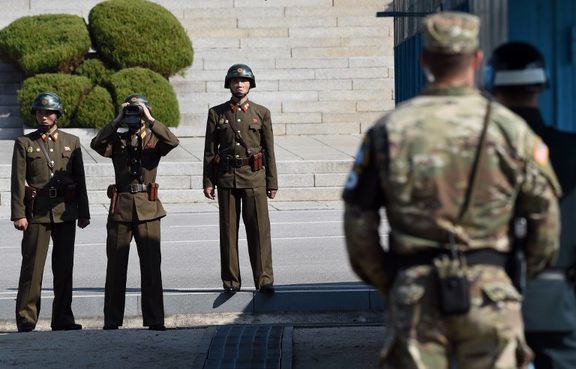 North Korean soldiers looking at the South side in a file photograph of the DMZ. Photo: AFP / JUNG YEON-JE

North and South Korea are technically still at war, since the conflict between them ended in 1953 with a truce and not a formal peace treaty.

"Until this morning, we heard he had no consciousness and was unable to breathe on his own - but his life can be saved," military official Suh Uk told lawmakers.

Doctors had extracted five bullets from his body, but suspected there were two more inside, he added.

The soldier had been spotted driving towards the JSA on Monday afternoon - but a wheel came off, South Korea's Joint Chiefs of Staff said.

"He then exited the vehicle and continued fleeing south across the line as he was fired upon by other soldiers from North Korea," the US-led United Nations Command said.

The defector took cover behind a building on the South Korea side - troops later found him collapsed under a pile of leaves, and crawled to the spot to recover him, the military added.

Seoul says more than 30,000 North Koreans have defected to the South since the end of the Korean War in 1953.