Taliban suicide car bombers and gunmen have killed at least 33 people including a police chief in a series of attacks across Afghanistan. 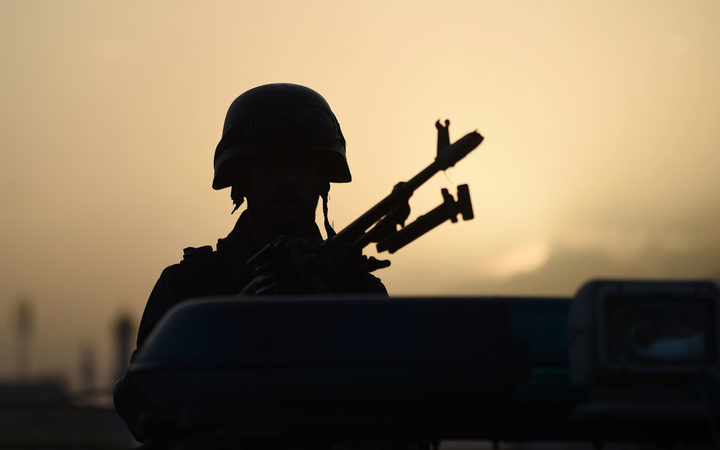 An Afghan security forces soldier stands guard near the site of a suicide bomb attack in Kabul on September 13. (file photo) Photo: AFP

Officials said more than 160 people were injured in the attacks.

One attack targeted a police training centre attached to the headquarters in Gardez, the capital of Paktia province, and the death toll was expected to rise.

At least five attackers were also killed, the Interior Ministry said in a statement.

Three officials told Reuters the provincial police chief was among the dead.

The Taliban, seeking to reimpose strict Islamic law after their 2001 ouster by US-led forces, claimed responsibility.

The militant group also attacked a district centre in neighbouring Ghazni province on Tuesday, an offensive that included detonating armoured Humvee vehicles packed with explosives near the provincial governor's office.

Provincial officials said at least 15 government security forces were killed and 12 wounded in the Ghazni attacks, with 13 civilians killed and seven wounded.

The Taliban said they had killed 31 security forces and wounded 21 in those clashes.