The Catalan President is facing growing pressure to drop plans to break from Spain ahead of a key address tomorrow to the regional parliament. 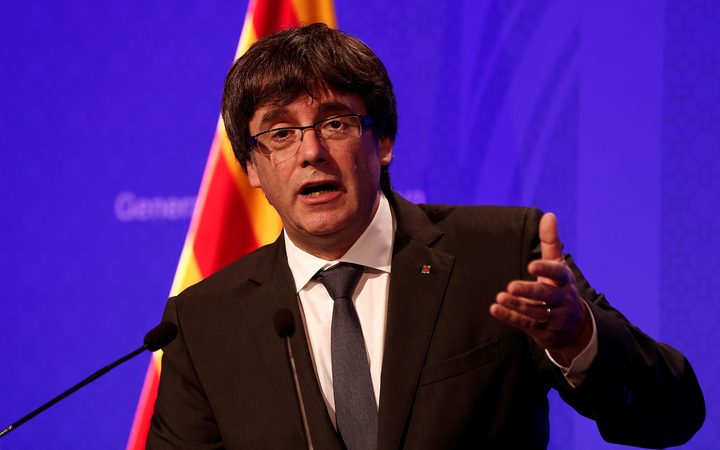 There has been speculation Carles Puigdemont could announce a unilateral declaration of independence following the region's disputed referendum.

The mayor of Barcelona urged Mr Puigdemont and Spanish PM Mariano Rajoy to "de-escalate" the crisis.

Ahead of Mr Puigdemont's speech to the Catalan parliament, Mayor Ada Colau urged him not to declare independence, and also called on Mr Rajoy to rule out direct control from Madrid.

"I ask them not to take any decision that might blow up the possibility of any space for dialogue and mediation," said Ms Colau.

"That is the most courageous act they could do now."

The Spanish government has threatened to suspend the autonomy of the north-eastern region.

It is backed by Spain's Socialist opposition party.

Economic pressure is also increasing on Catalan separatist leaders with more major companies moving head offices away from the region.

Publishing company Grupo Planeta said it would also move from Barcelona to Madrid if there was a declaration of independence.

Major lenders Caixabank and Sabadell have already announced they are moving offices out of the region.

Catalonia is one of Spain's wealthiest regions, accounting for a quarter of the country's exports.

The European Union has made it clear that should Catalonia split from Spain, the region would cease to be part of the EU.