Aerial footage of Vanuatu's erupting Monaro volcano has shown plumes of smoke, ash and volcanic rocks erupting from its crater, as more than 7000 people fled their homes on Ambae island.

The New Zealand Defence Force (NZDF) sent an aircraft over the island on Tuesday and said the volcano was the "most active they've seen in some time".

Vanuatu's government declared a state of emergency and raised the official alert level to four - a level five is the highest - as seismic activity increased in recent days.

The P-3K2 Orion aircraft was sent to survey Monaro and two other active volcanoes in the South Pacific nation.

"There were ash clouds, the crater was erupting, [there were] plumes, lava, smoke, ash."

The defence force will deliver the data collected - both aerial photographs and infrared images - to scientists who have been tracking the volcano. 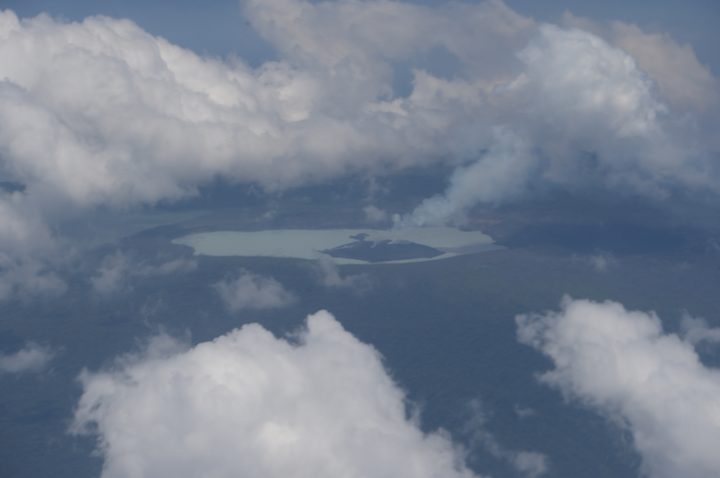 The volcano has been active since 2005, but the recent increase in activity raised fears a much bigger eruption could be imminent.

The nation is considered one of the world's most prone to natural disasters, with half a dozen active volcanoes, as well as regular cyclones and earthquakes.

About 10,000 people live on the island, and those in the north and south are most vulnerable.

A second ship was due to arrive on Friday, he said.

Vanuatu's Meteorology and Geohazards Department said in an alert that villagers within 6.5km of the volcano faced the biggest risk from airborne rocks and volcanic gas.

The department had warned acid rain could damage crops across a broader area. 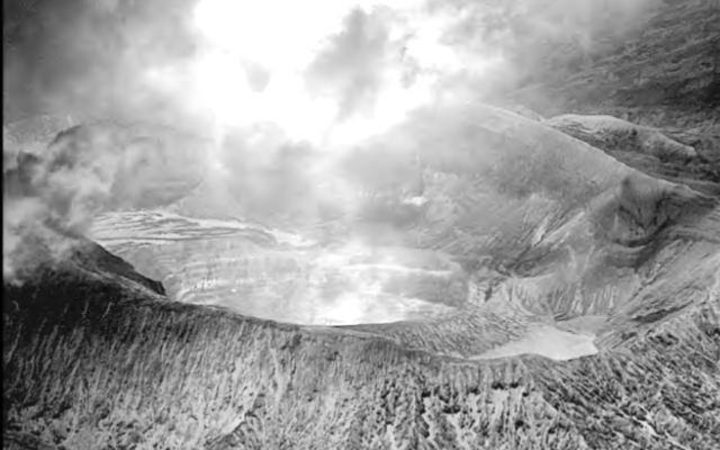 Group Captain Olney said although the eruptions were not large, "it's a dangerous place to be".

"We take minimal risk with the aeroplane. The key thing from us is the bits that'll kill aeroplanes are flying bits of rock and lava and also ash clouds, so by making sure the air crew and aircraft stay well clear of the visible ash, then they're in a much better position," he said.

"New Zealand and Australia are always standing by to help our Pacific neighbours so it all really depends on what exactly occurs, when, where, to whom, and what the appropriate response is," he said.

Vanuatu sits on the Pacific's Ring of Fire, the arc of seismic faults around the Pacific Ocean where earthquakes and volcanoes are common.