US president Donald Trump has announced fresh sanctions on North Korea over its nuclear weapons programme, after promising to "totally destroy" it if it posed a threat. 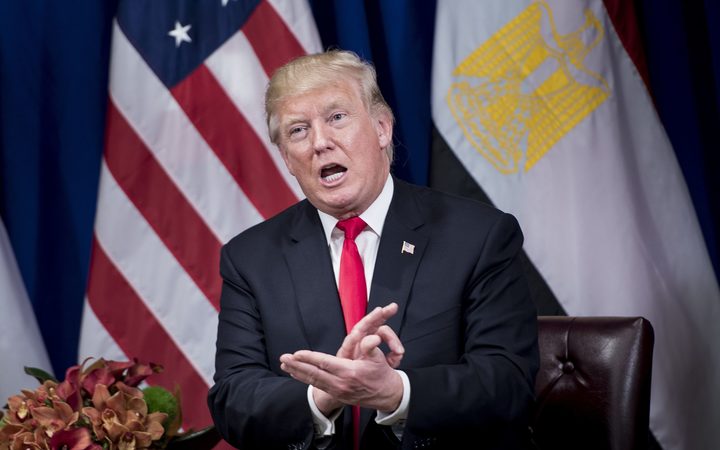 Donald Trump in New York for the UN General Assembly: He threatened to "totally destroy" North Korea if it threatened the US, but North Korea's top diplomat compared his comments to "the sound of a barking dog". Photo: AFP

Tensions have risen in recent weeks over North Korea's continued nuclear and ballistic missile tests, despite pressure from world powers to stop.

Pyongyang conducted its sixth and largest nuclear test on 3 September and has launched numerous missiles this year, including two intercontinental ballistic missiles and two other rockets that flew over Japan. The UN approved new sanctions against the country after the latest nuclear test.

Announcing the new executive order on Thursday, Mr Trump said the measures were designed to "cut off sources of revenue that fund North Korea's efforts to develop the deadliest weapons known to humankind".

Mr Trump said North Korea's textiles, fishing, information technology, and manufacturing industries were among those the United States could target.

In his first address as US president to the UN General Assembly on Tuesday, Mr Trump vowed to "totally destroy" North Korea if it posed a threat to the US and its allies.

But North Korea's top diplomat, Foreign Minister Ri Yong-ho, on Thursday likened Mr Trump's comments to "the sound of a barking dog". Mr Ri is set to make a speech to the UN in New York on Friday.

Meanwhile, South Korea's president, Moon Jae-in, is meeting Mr Trump on the sidelines of the UN General Assembly - an annual event, bringing together leaders of the UN's 193 member states.

Earlier, Mr Moon said his country did not want the North to collapse, nor did it want an enforced reunification of the peninsula. But he said sanctions were necessary to bring Pyongyang to the negotiating table and force it to give up its nuclear weapons programme.

The latest UN sanctions - which came after the North's nuclear test on 3 September - restrict oil imports and ban textile exports, in an attempt to starve it of fuel and income for its weapons programmes.

In his comments on Thursday, Mr Trump praised China, one of North Korea's closest trading partners, saying: "Their central bank has told their other banks, that's a massive banking system, to immediately stop doing business with North Korea."

Reuters earlier reported, quoting four sources, that China had instructed its banks to strictly implement the UN sanctions. The Chinese authorities have not yet confirmed this development.